The European Union has imposed sanctions on eight Nicaraguan officials, including Rosario Murillo, the country’s vice president and wife of President Daniel Ortega, amid a crackdown on opposition leaders and presidential hopefuls in the Central American nation.

The Council of the EU said Monday’s sanctions bring to 14 the number of Nicaraguans now blacklisted by the bloc, held “responsible for serious human rights violations in Nicaragua and/or whose actions undermined democracy or the rule of law”.

The curbs prohibit travel and transit in the EU for those targeted, a freeze on any EU-based assets and a ban on EU businesses or citizens from doing business with them. One of Ortega’s sons was also sanctioned.

“The political situation in Nicaragua has further deteriorated in recent months,” the council said in a statement.

“The political use of the judicial system, the exclusion of candidates from the elections and the arbitrary delisting of opposition parties are contrary to basic democratic principles and constitute a serious violation of the rights of the Nicaraguan people.”

Since early June, Ortega’s government has overseen a wave of arrests of opposition figures and presidential hopefuls ahead of elections in November.

The longtime leader’s Sandinista National Liberation Front (FSLN) party confirmed on Monday afternoon that the 75-year-old would seek a fourth consecutive presidential term in the November 7 contest, with Murillo again his running mate.

But observers have questioned how free the elections will be, as over the past weeks police have arrested and detained more than 20 opposition figures and several candidates who might have been able to challenge Ortega. Seven opposition presidential hopefuls are among those detained.

The crackdown has prompted condemnation from rights groups and international observers, but Ortega has justified the arrests by saying his administration was prosecuting criminals who were plotting a coup against him.

Most have been arrested under a controversial law approved by parliament in December that was widely criticised as a means of freezing out challengers and silencing opponents.

The United States has also imposed sanctions and visa curbs on Nicaraguan officials amid the arrests, while the Organization of American States (OAS) urged Ortega’s government to release all those detained and ensure that free and fair elections can be held.

Monday also marks the final day for presidential candidates to register to run in the November 7 election.

Last week, Nicaragua’s main opposition alliance, the Citizens Alliance for Liberty (CXL) named a former right-wing fighter and a beauty queen as its candidates to take on Ortega.

Oscar Sobalvarro, 68, said he did not expect the nomination but insisted that he would “take on the baton” from those detained, a move he said “is neither easy nor free from risks”. His running mate is 27-year-old Berenice Quezada, the 2017 Miss Nicaragua.

“Many Nicaraguans are disenchanted because they say that the people, the candidates that they really want will not be available,” Al Jazeera’s Latin America editor Lucia Newman reported from Santiago, Chile.

“Those who are not in prison are in exile now and the fact that they are in prison of course means that … even if they are released in the next few days or weeks, they will miss the final day for registration.”

Newman said the country’s political opposition “has a daunting task ahead, and that is to try to convince Nicaraguans to go out and vote rather than just stay home and toss their hands up and say it’s pointless to do so”. 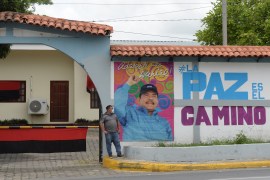 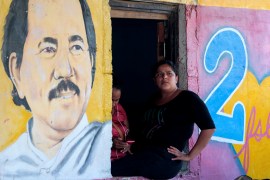 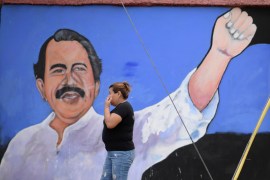