Montreal, Canada – Canadians will be heading to the polls next month, two years earlier than scheduled, after Prime Minister Justin Trudeau triggered a snap election on Sunday after weeks of speculation that a vote was coming.

Trudeau, whose Liberal Party won a majority in 2015 but was relegated to a 157-seat minority government in the last election in 2019, is hoping to get back a majority in the face of what analysts have described as a divided and weak opposition Conservative Party of Canada.

“Canadians will … go to the polls on September 20,” Trudeau told reporters in the capital, Ottawa, after he visited the residence of Governor General Mary Simon to ask her to dissolve Parliament. Trudeau said Simon had accepted his request, which triggers the election campaign.

“In this pivotal, consequential moment, who wouldn’t want a say? Who wouldn’t want a chance to help decide where our country goes from here? Canadians need to choose how we finish the fight against COVID-19 and build back better,” Trudeau said, rebuffing criticism for calling an election during the pandemic.

“Make your voice heard, have your say, and together let’s move forward for everyone,” he said.

To attain a majority, the Liberals need 170 seats in the 338-member House of Commons.

But that is far from guaranteed, said Daniel Beland, a McGill University professor and director of the McGill Institute for the Study of Canada, who explained that Trudeau’s party faces challenges in the provinces of Quebec and British Columbia in particular.

“[The Liberals have] been ahead of the Conservatives for a very long time … but if you look at seat projections it’s basically like you flip a coin and maybe 50-50 [chance] they will get a majority,” Beland told Al Jazeera. He described Trudeau’s gamble as “far from certain”.

The party will face stiff challenges in the western province of British Columbia, where the left-leaning New Democratic Party (NDP) led by Jagmeet Singh has strong backing, Beland said, while in the francophone province of Quebec, the separatist Bloc Quebecois enjoys rising support.

Nevertheless, the Conservatives, who alongside the Liberals have dominated federal politics in Canada for decades, is trailing in most recent polls as leader Erin O’Toole remains deeply unpopular, Beland said.

The election will take place on September 20 after a 36-day campaign, as the Canada Elections Act dictates the election period must be between a minimum of 36 days and a maximum of 50 days.

Under Canada’s parliamentary system, an election is formally called by the governor general, who in the case of a snap vote will dissolve Parliament on the advice of the prime minister. Candidates who win seats in a snap election serve full, five-year terms – unless another snap election is called.

Many Canadian voters are expected to be able to send mail-in ballots due to COVID-19, which Canada’s chief electoral officer recently said could delay the results by a few days.

The country has reported more than 1.45 million cases and more than 26,600 deaths since the pandemic began, according to Johns Hopkins University data.

But over the past months, Canada largely was able to get the situation under control, thanks in part to its stockpiling and effective rollout of vaccines, which prompted the government to lift some coronavirus-related restrictions.

Nevertheless, average daily cases in the final week of July rose by 43 percent compared with the previous week and the spread of the highly contagious Delta variant has raised concerns that Canada is in the grips of a fourth wave of the pandemic.

O’Toole and Singh have slammed Trudeau’s decision to call an early election amid that uncertainty. “My biggest concern right now is a potential fourth wave of COVID-19 … We shouldn’t be rushing to an election,” O’Toole told reporters on August 9. “Mr Trudeau always seems to put his own self-interest ahead of the interests of Canadians.”

That was echoed on Sunday by Singh, who described the upcoming vote as a “selfish summer election”.

He pointed to the climate crisis, a lack of clean water in several Indigenous communities, and income inequality as pressing issues of concern. “Instead of calling an election, Justin Trudeau should be focusing on these crises,” Singh said.

Yet recent polls show Trudeau’s Liberals in the lead. CBC News’s Poll Tracker, which creates an average of all recent publicly available polls, showed the party with 35.6 percent support as of August 14, while the Conservatives had 28.8 percent and the NDP held 19.3 percent.

Another survey released last month showed the Liberals holding 35.2 percent support compared with the Conservative Party’s 27.7 percent. The NDP had 18.5 percent support, while the Greens and the Bloc Quebecois had 5.2 and 4.5 percent, respectively.

“While not a massive lead, the distribution of the Liberals’ support puts them well within reach of a majority,” Ekos Politics, which conducted the poll, said when it released the findings on July 23.

A Leger polling firm survey on August 3 also found that 27 percent of Canadians believe Trudeau would make the best prime minister, compared with 19 percent who favoured Singh and 11 percent who chose O’Toole.

Stewart Prest, a political science lecturer at Simon Fraser University in British Columbia, said some observers have called the upcoming contest “unnecessary” in part because the Liberals have passed most of their bills despite being a minority government.

“The Liberals have been able to find partners in quite often the NDP and occasionally some of the other parties to support the legislation that has come forward. That is a reason why some have referred to it as an unnecessary election call. Parliament is working so if it isn’t broke why fix it?” Prest told Al Jazeera.

He said he expects COVID-19 and pandemic-related economic measures, such as whether government support for Canadians should be drawn down or extended, would dominate much of the election campaign. The parties’ position on climate change, especially in light of recent historic heatwaves and extensive wildfires on Canada’s west coast, will also be important.

But the real question, according to Beland, is whether people will turn out to vote.

Sixty-seven percent of eligible voters cast a ballot in 2019, according to Elections Canada data, down slightly from the 68.3 percent who voted in 2015. That was the first election with Trudeau at the helm of the Liberal Party, and the participation rate was driven by high youth turnout.

“[In] 2015 what boosted participation among younger people was the Trudeau effect during the campaign, but now there is no wow factor. O’Toole is not popular, [Singh] most don’t see as a future prime minister, Trudeau is no longer the new kid on the block or the kind of star candidate,” Beland said.

“Maybe something will capture interest during the campaign, but … I don’t expect very high participation. I don’t sense electoral fever glowing over Canada.”

Prest said that while the election call may garner some initial grumbling from Canadians, “there’s a sense that elections matter and they have consequences”, which will push people to cast their ballots.

But “there’s a real element of risk here” for Trudeau and his party. “It’s clear that this is a difficult time for any government and even a government that by international standards is performing quite well. There are real stakes,” Prest said.

“If they were banking on coasting to victory on sort of a job well done and a pandemic vanquished here in Canada, it doesn’t seem like that’s the case just yet.” 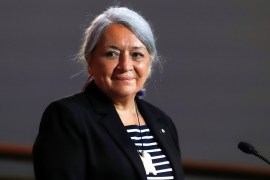 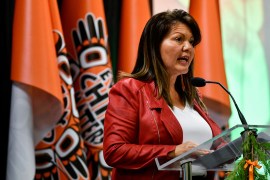 Experts say the 200 likely graves at Kamloops Indian Residential School are only the beginning. 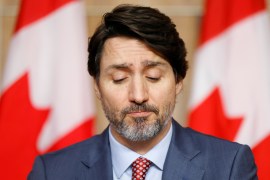 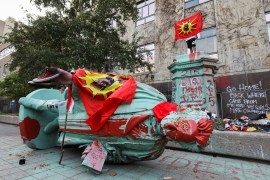 Can families of Canada’s missing Indigenous children get justice?