France has become the latest European country to announce that it has stopped efforts to deport  Afghan refugees as the Taliban continues to make sweeping gains in the war-torn country, amid the withdrawal of foreign troops.

The confirmation came as the Taliban on Thursday took its 10th provincial capital, the city of Ghazni just 130km (80 miles) southwest of Kabul, in less than a week.

France’s announcement comes after Germany and the Netherlands pulled an about-face on the controversial deportations, announcing on Wednesday they were also pausing the expulsion of Afghan refugees.

The move affects some 30,000 Afghan refugees in Germany alone.

The governments in Berlin and Amsterdam had previously joined Austria, Belgium, Denmark, and Greece in a letter urging the EU’s executive branch to “intensify talks” with the Afghan government to ensure that the deportations of refugees would continue.

“Stopping returns sends the wrong signal and is likely to motivate even more Afghan citizens to leave their home for the EU,” the ministers wrote to the European Commission.

A spokesman for the European Commission later told reporters it is “up to each [EU] member state to make an individual assessment of whether a return is possible”.

As well as stepping back from the letter, Germany has also said Berlin would suspend its 430 million euros ($505m) in aid Afghanistan if the Taliban seizes Kabul and attempts to rule the country alone.

US Special Representative Zalmay Khalilzad had previously said any Taliban government that comes to power by force will not be recognised by Western powers.

The pace of the Taliban offensive has reportedly surprised US officials, who announced in April that US troops would be completely withdrawn by the end of August.

The Afghan capital Kabul could fall within 90 days, US officials told The Washington Post newspaper.

Amid the Taliban gains, NATO, the US, and other countries which deployed troops to Afghanistan over the last 20 years continue to face pressure to grant asylum to Afghans they employed.

On Thursday, Denmark offered temporary asylum to roughly 45 Afghans it had employed. Sweden and Finland were expected to make similar pledges.

The US, Canada, the UK, and Germany have also made moves to relocate Afghan contractors, but activists say such efforts are inadequate.

In July, the US announced a special visa programme for Afghans who worked for the US government and their families, saying 2,500 Afghans had been approved for rapid relocation for the US. About 20,000 have applied for the programme.

The US subsequently widened the scope of those eligible for refugee visas to include current and former employees of US-based media organisations, aid and development agencies and other relief groups that receive US funding.

Some countries, notably Turkey, have criticised the US scheme, which partially relies on Afghans being relocated to third countries as their applications are processed. 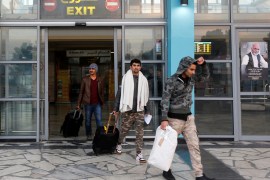 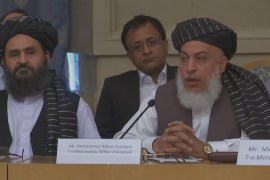 Who are the Taliban’s key leaders in Afghanistan?

Six important figures lead the Taliban movement, which has been fighting the Western-backed government since 2001. 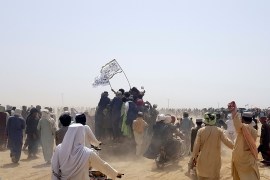 A look at the armed group’s milestones as it renews its push to capture major cities across the war-torn country.