Canada says it will appeal the conviction of Canadian businessman Michael Spavor in China, condemning the 11-year sentence for spying as the result of a “sham trial”.

In a news conference on Wednesday, Foreign Affairs Minister Marc Garneau cited a lack of evidence in the case against Spavor, who for years ran a travel and cultural exchange business between China and North Korea.

Spavor “was convicted of espionage and illegally providing state secrets”, Dandong city’s Intermediate People’s Court said in a statement on Wednesday. He was sentenced to 11 years in prison.

“We plan to launch an appeal,” Garneau told reporters.

Spavor is one of two Canadians who were detained in China in December 2018 shortly after Canada arrested Meng Wanzhou, chief financial officer of Chinese telecommunications giant Huawei, on an extradition request by the United States.

Meng, who denies accusations she violated American sanctions on Iran, is still fighting extradition in a Canadian court. Closing arguments in her case began on Wednesday, with Canadian government lawyers arguing that the US case was valid and noting the bar for extradition was low.

Michael Kovrig, an analyst with the International Crisis Group, also faces spying charges and was tried in China shortly after Spavor in March. The court has yet to announce a verdict in his case.

The two men have been held virtually incommunicado with limited access to consular officials and even lawyers. Their arrests have strained relations between Beijing and Ottawa, which has accused the Chinese government of prosecuting the pair as retribution for Meng’s arrest. China has denied that allegation, saying the cases are not linked.

On Wednesday, Canadian Prime Minister Justin Trudeau slammed the Chinese court’s decision in Spavor’s case as “absolutely unacceptable and unjust” and pledged to bring both Spavor and Kovrig back to Canada.

“The verdict for Mr Spavor comes after more than two and a half years of arbitrary detention, a lack of transparency in the legal process, and a trial that did not satisfy even the minimum standards required by international law,” Trudeau said in a statement.

“For Mr Spavor, as well as for Michael Kovrig who has also been arbitrarily detained, our top priority remains securing their immediate release. We will continue working around the clock to bring them home as soon as possible.”

Twenty five foreign diplomats came to show their support for Canada as Spavor was sentenced in Dandong, the border city where he made his home. During his trial in March, which lasted about two hours, diplomats were barred from entering the court.

The United States also condemned the “arbitrary detention” of the Canadian men and the 11-year sentence handed to Spavor.

“The practice of arbitrarily detaining individuals to exercise leverage over foreign governments is completely unacceptable,” Secretary of State Antony Blinken, said in a statement. “People should never be used as bargaining chips.”

Garneau also said on Wednesday that the government would continue to seek clemency for Robert Schellenberg, a Canadian citizen who was sentenced to death in China for drug smuggling.

The release of #MichaelSpavor and #MichaelKovrig is our top priority. I spoke with Canada’s friends and partners and thanked them for the resolute support they have shown for Mr. Spavor and Mr. Kovrig, who have been arbitrarily detained in China since December 2018.

Schellenberg was originally sentenced to 15 years in prison in late 2018, but his sentence was changed to the death penalty just months later amid the breakdown in relations in the wake of Meng’s detention. A Chinese court this week rejected an appeal by Schellenberg.

“We will argue, as we have from the beginning for clemency in the case of Robert Schellenberg,” Garneau told reporters. 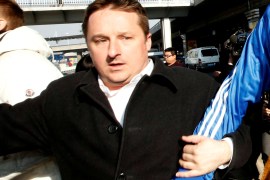 Businessman Michael Spavor, who has been detained since December 2018, was found guilty by a court in Dandong. 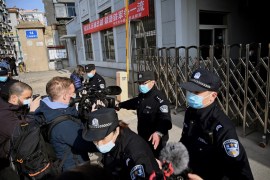 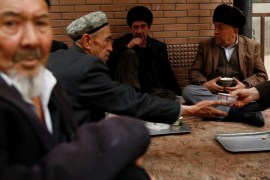 China sanctions US and Canadian officials over Xinjiang rebuke

Chinese government sanctions target three individuals and one entity from Canada and the United States. 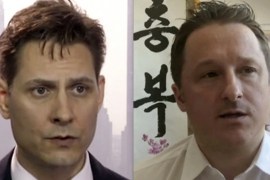