The official count – released on Monday and more than a month after the runoff election took place – showed Castillo, whose supporters included Peru’s poor and rural citizens, defeated Fujimori by just 44,000 votes. She now faces trial on charges of corruption.

“On behalf of my family I would like to salute the electoral authorities … and also to salute the political parties that have taken part in this democratic celebration,” Castillo told hundreds of supporters gathered at the headquarters of his Peru Libre (Free Peru) party in Lima.

“Dear compatriots, I bring here an open heart for each and every one of you,” he declared from the balcony after Jorge Luis Salas, head of the Jurado Nacional de Elecciones (JNE) elections jury, announced Castillo’s victory in a brief virtual ceremony.

Hundreds of supporters who had spent weeks outside the JNE headquarters to support Castillo broke out in celebration at the news. He will be sworn into office on July 28.

“Finally, we have a president,” said Rosa Huaman, a 27-year-old Castillo supporter among the crowd, which chanted: “Yes it can!”

Al Jazeera’s Mariana Sanchez, reporting from Lima, said that while the new president had not held political office before, he had developed a reputation as a good negotiator as a trade union leader.

“He doesn’t have any experience governing,” she said. “But he’s won the election cleanly and transparently. Democrats in the region have been welcoming him.”

Castillo campaigned for office promising to improve the lives of Peruvians contending with a recession worsened by the COVID-19 pandemic. The country has been crushed by the coronavirus, with about a third of people now living in poverty and the disease exposing the inadequacies of Peru’s public health system. Peru’s per capita death rate from COVID-19 is the highest in the world.

The son of peasant farmers, Castillo has pledged to redraft the constitution and increase taxes on mining firms although he appears to have softened earlier calls for the nationalisation of mining and natural gas companies. Peru is a key producer of copper, gold, silver, lead and zinc – and mining brings in 10 percent of national gross domestic product (GDP) and a fifth of company taxes.

Historians say Castillo is the first person from outside the elite to become president despite the economic gains of the past 20 years.

“There are no cases of a person unrelated to the professional, military or economic elites who reaches the presidency,” Cecilia Méndez, a Peruvian historian and professor at the University of California-Santa Barbara, told a radio station.

Castillo worked as a primary school teacher in his native San Luis de Puna, a remote village in Cajamarca, a northern region of Peru and was best known for leading a national strike four years ago before running for the presidency. He caught many by surprise in April when he took the lead in the race to become president – Peru’s fifth in three years following a series of crises and corruption scandals.

Fujimori, a former congresswoman who is accused of taking money from scandal-tainted Brazilian construction giant Odebrecht (now known as Novonor) to fund two previous failed presidential bids, ran with the support of the business elites. Under Peruvian law, the case against Fujimori would have been suspended until after her term if she had become president.

Fujimori said on Monday that she would accept Castillo’s victory, after accusing him of electoral fraud without offering any evidence.

The United States, European Union and 14 electoral missions determined that the voting was fair. The US called the election a “model of democracy” for the region.

Steven Levitsky, a political scientist at Harvard University, told a radio station that Castillo is arriving to the presidency “very weak,” and in some sense in a “very similar” position to Salvador Allende when he came to power in Chile in 1970 and to Joao Goulart, who became president of Brazil in 1962.

“He has almost the entire establishment of Lima against him,” said Levitsky, an expert on Latin American politics. 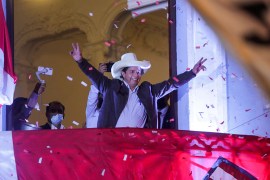 The official vote count gives Castillo a slim margin over rival Keiko Fujimori, who is contesting the results. 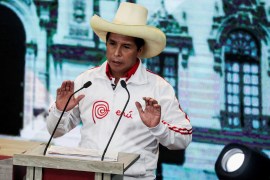 Leftist Pedro Castillo is expected to be confirmed as Peru’s president this month, but many of his policies are unclear. 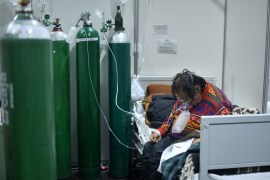 Peru extends COVID state of emergency until end of August 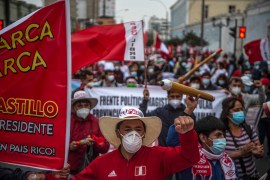 Peru vote review to resume as protesters take to the streets