An Iranian-American journalist and human rights activist based in New York has said she will not be bowed by an alleged plot by Iranian intelligence operatives to kidnap her and bring her back to Iran.

Federal investigators detailed the plan to abduct Masih Alinejad, a journalist who has contributed to the United States government-funded Voice of America Persian language service and reports on human rights issues in Iran, in an indictment unsealed late Tuesday against four Iranian nationals who US authorities described as intelligence operatives for Tehran.

The agents targeted Alinejad “for mobilising public opinion in Iran and around the world to bring about changes to the regime’s laws and practices”, the indictment said.

I am grateful to FBI for foiling the Islamic Republic of Iran's Intelligence Ministry's plot to kidnap me. This plot was orchestrated under Rouhani.

This is the regime that kidnapped & executed Ruhollah Zam. They've also kidnapped and jailed Jamshid Sharmahd and many others pic.twitter.com/HUefdEbiil

Early Wednesday, Alinejad said she believed she was targeted for her online activism, which includes sharing the stories of families of protesters killed by Iranian security forces during protests in November of last year and women forced to wear head coverings against their will in Iran.

“I give voice to voiceless people. This is my job,” Alinejad told CNN. “I’m asking people to be their own storytellers. I have five million followers on Instagram and one million on Facebook.”

“They send me videos and I give them a voice. Is that a crime?”

When asked if she will be deterred by the targeting – which US investigators said stretched back to a 2018 ploy to lure her to Iran and included hiring a private investigator under false pretenses to surveil Alinejad, her family, home and friends in Brooklyn – Alinejad responded: “I will not.”

“To be honest, I have fear inside of me, but what gives me power are these people,” she said, calling the Iranians who share their stories on her platforms “heroes”.

On Wednesday, Iranian Foreign Ministry Spokesman Saeed Khatibzadeh dismissed the US allegations, which also detailed how the Iranian agents allegedly researched various ways of transporting Alinejad out of the country, including a service offering military-style speedboats for “self-operated maritime evacuation” and maritime routes to Tehran-aligned Venezuela.

Khatibzadeh said: “This new claim by the US government … is so baseless and ridiculous that it is not really worth answering.”

US President Joe Biden’s administration said later Wednesday, “We categorically condemn Iran’s dangerous and despicable reported plot to kidnap a US citizen on US soil.”

“Its actions to attempt to silence the voices of those peacefully working to address the situation both inside of Iran and outside of Iran that are appalling,” White House press secretary Jen Psaki added.

The most recent revelation came shortly after Iran on Tuesday announced that it was holding talks on prisoner exchanges with the US aimed at securing the release of Iranians held in US jails and other countries over violations of US sanctions.

Alinejad, for her part, accused Tehran of kidnapping dissidents to use as “bargaining chips” as Iran and several Western powers continue to negotiate a return to the 2015 nuclear accord.

She urged the administration of US President Joe Biden “to be strong” against Iran and to “care about human rights”. 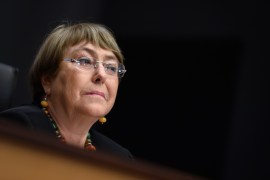 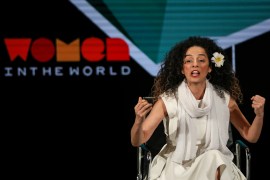 US charges four with plot to kidnap journalist critical of Iran 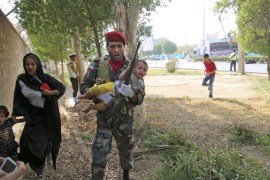