Taliban fighters have launched an attack on Ghazni, clashing with Afghan forces and using explosives in an attempt to seize the central Afghan city, local officials have said.

Tuesday’s assault on Ghazni, on the highway linking the capital Kabul with the southern province of Kandahar, ramps up the Taliban’s offensive against the government and comes as foreign troops prepare to exit from the war-torn country in less than three months.

While senior Afghan officials confirmed the Taliban’s offensive, they also said that Afghan forces were trying to regain control of lost ground. 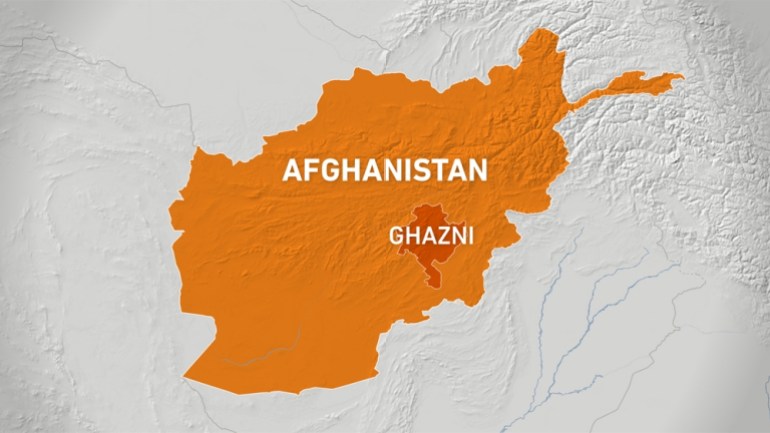 The Taliban have had a strong presence in the province of Ghazni for years, but provincial police officials said the overnight attack from several directions was the fiercest launched by the armed group.

Clashes intensified near security checkpoints in the Shaikh Ajal and Ganj area of Ghazni city, forcing shopkeepers to shut the main market.

“The situation in Ghazni is changing, most of the lost areas in the outskirts are being taken back by the Afghan forces,” said Abdul Jami, a provincial council member in Ghazni.

Roads into the area were closed and telecoms interrupted making it hard for aid groups and officials to assess the number of casualties.

As Afghan forces battled the Taliban in Ghazni and other parts of the country, officials said some civilians were actively joining the battle against the group.

Ajmal Omar Shinwari, a spokesman for the Afghan defence and security forces, said Afghans keen to take up arms against the Taliban are being absorbed in the structure of territorial army forces.

“First they will be trained then they will be deployed to the battlefield along with other Afghan security forces,” said Shinwari in capital city Kabul.

Violence surged after the United States and NATO military began the withdrawal of their last remaining troops to meet a September 11 deadline announced by President Joe Biden to end the US’s longest war.

Since early May, the Taliban has launched several bloody offensives against government forces across the rugged countryside and says it has seized nearly 90 of the country’s more than 400 districts.

However, many of the armed group’s claims are disputed by the government and have not been independently verified.

On Saturday officials said about 5,000 Afghan families fled their homes in the northern city of Kunduz after days of fighting between Taliban fighters and government forces.

Heavy fighting was also reported this week in the provinces of Kandahar and Baghlan, where the Afghan forces claimed to have retaken areas from Taliban control but the group still held on to parts of Pul-e-Khumri area in central Baghlan, according to local media.

The Taliban has been waging an armed campaign against the Western-backed government since it was toppled from power in a 2001 US-led invasion.

Amid the rising violence, President Ashraf Ghani visited Washington last week to meet Biden, who pledged US support to Afghanistan but said Afghans must decide their own future.

Taliban spokesman Suhail Shaheen told Al Jazeera in an exclusive interview that the armed group has the “right to react” if the US keeps troops in Afghanistan after September 11.

Peace talks between the Taliban and Afghan leadership in Qatar have remained.

An estimated 241,000 people have died as a direct result of the war since the US invasion, according to the most recent figures from Brown University’s Costs of War.