Making its worldwide debut on June 1, Roh was shot in two weeks in the Dengkil forest to the south of Kuala Lumpur on a budget of RM360,000 ($88,500). It made a flash debut on Malaysian and Singaporean cinema screens in August 2020, just before a new wave of COVID-19 infections shut theatres down.

Roh first got on the cinematic world’s radar after it was picked by the National Film Development Corporation Malaysia (FINAS) as the unlikely choice to represent the strait-laced country in the International Feature Film category at the 93rd Academy Awards in April.

Despite earning festival nominations in the United States, Italy, Singapore and Indonesia, Roh did not make it onto the Oscars’ long-list. But it has joined the list of films inspired by Southeast Asian nightmares that are turning the heads of industry players and horror fans around the world and bringing the region’s grassroots film industry recognition.

Roh is a haunting story of demonic possession set in wartime on the fringes of a tropical rainforest. A broken family welcomes a strange girl, caked in mud and blood, into their home. When she finally speaks after days of creepy silence, her frightening curse will mark the beginning of a descent into a literal hell.

The film stands out from the pack thanks to its mix of Islamic folklore and Malay black magic, the atmospheric rainforest setting and old-world Malay costumes. Edgar Wright, the British director of acclaimed movies including 2004’s Shaun of the Dead praised Roh as “amazing stuff” on Twitter in March.

“The Netflix deal (worldwide except North America) came about thanks to our sales agent, TBA Studios based in the Philippines, which has represented Roh since the European Film Market this year,” said Amir Muhammad, an independent publisher of pulp fiction in Malay and English, film director and the managing director of Kuala Lumpur-based Kuman Films, to Al Jazeera.

Roh is the production house’s second and most accomplished of four films among which are the Mandarin-language psychological horror Two Sisters (2019) by James Lee, and Irul: Ghost Hotel (2021) by Prem Nath. Irul is possibly the “first found-footage horror film” in the Tamil language in Southeast Asia and around the world. 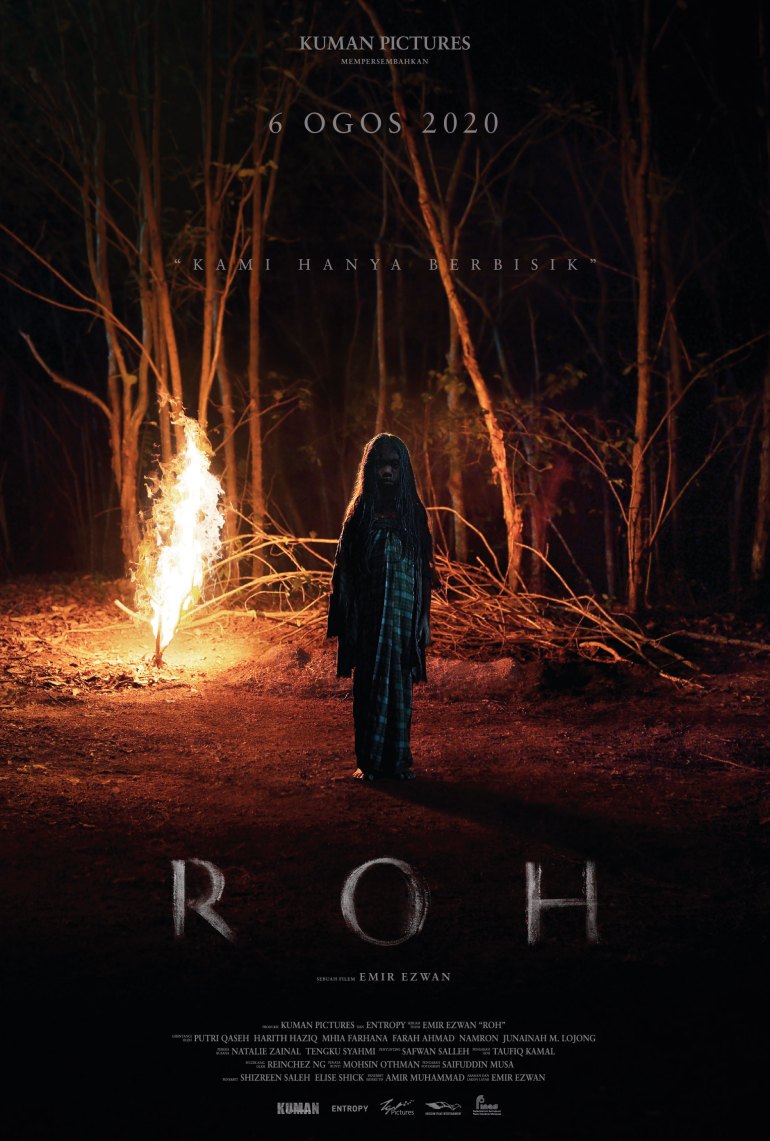 Amir is now excited to see how viewers around the world will react to Roh. “We would have never expected it, but Spanish and Portuguese cinephiles have already tweeted quite a lot about it,” he told Al Jazeera.

Thomas Barker, lecturer in film and television at the University of Nottingham Malaysia near Kuala Lumpur, and the author of Indonesian Cinema after the New Order: Going Mainstream says that “Southeast Asian filmmakers are innovating in a genre that has become somewhat stale in the West, with familiar tropes, storylines and monsters,” he told Al Jazeera.

Supernatural folklore has long inspired generations of writers, directors and artists across Southeast Asia and ghost stories are a firmly established genre that have been turned into bestsellers and blockbusters.

Some of the most well-known monsters, which originate from old animist beliefs shaped by Hindu-Buddhist cosmology and later Islam, include the “‘pontianak” – known as “kuntilanak” in Indonesia – a carnivorous creature that emerges on the death of a pregnant woman during childbirth and is often represented as a beautiful young woman with a taste for blood.

Then there’s the “toyol”, a gremlin-like undead infant, which can be summoned by shamans to help with black magic rituals, and in Malaysia, the “orang minyak” (“oily man”) a humanoid creature coated in slippery black grease who abducts and rapes young women. The freakiest is perhaps the “penanggal”, a female vampire head with trailing organs still attached to her severed neck, which flies into the night chasing menstrual blood.

Barker believes that as companies such as Netflix, HBO and Disney+ are increasingly looking for new competitive content to attract regional audiences and the movies and television series they can source from nations like Malaysia, Indonesia and the Philippines are also attractive because they are cheaper to make than similar European or Australian productions.

“Streaming platforms made the world one big market where everyone can access any film from any country, including Indonesia, and I can only be grateful for that,” director Joko Anwar, one of the leading figures in the current new wave of Indonesian horror, told Al Jazeera. His 2017 film Pengabdi Setan (Satan’s Slaves), a loose remake of the namesake 1980 classic by Sisworo Gautama Putra, is Indonesia’s highest-grossing horror film of all time and has been distributed to critical acclaim in 42 countries.

Satan’s Slaves sparked international curiosity about Indonesian and other regional horror films that lack the budgets of the better-known South Korean productions and have often been dismissed as derivative, trashy cinema.

But international horror fans, who miss the classic European and North American horrors of the late 1970s and 1980s, praise the Southeast Asian films for their similar craftsmanship – quick and cheap – and over-the-top gore. Their unfamiliar characters and original settings that exploit the region’s rich and largely unknown ghostly folklore add an extra breath of fresh air into a saturated global horror film industry.

Joko’s latest film, Perempuan Tanah Jahanam (released internationally as Impetigore), received 17 nominations and six wins at Indonesia’s top film festival, the Citra Awards, before screening at the Sundance Festival in the US. It was also nominated as Indonesia’s official submission to this year’s Academy Awards and was listed by the influential horror news portal Bloody Disgusting among the best international films of 2020.

Hot on the heels of that success, Impetigore was picked for distribution by the US horror streaming giant Shudder, a digital platform owned by the cinema chain AMC. Indonesian horror films that have also broken into the US market are Queen of Black Magic (Ratu Ilmu Hitam, 2019, a remake of the 1981 Indonesian cult film by Liliek Sudjio), which is directed by Kimo Stamboel and scripted by Joko, and May the Devil Take You Too by Timo Tjahjanto.

Timo will soon direct the upcoming remake of the 2016 Korean zombie apocalypse blockbuster Train to Busan for Hollywood’s New Line Cinema, with screenwriter Gary Dauberman of the Annabelle trilogy fame. “I’m obviously excited to work with such a great horror writer. If you compared the original Train to Busan to a ballet, this one will be a hardcore mosh pit dance,” Timo told Al Jazeera. 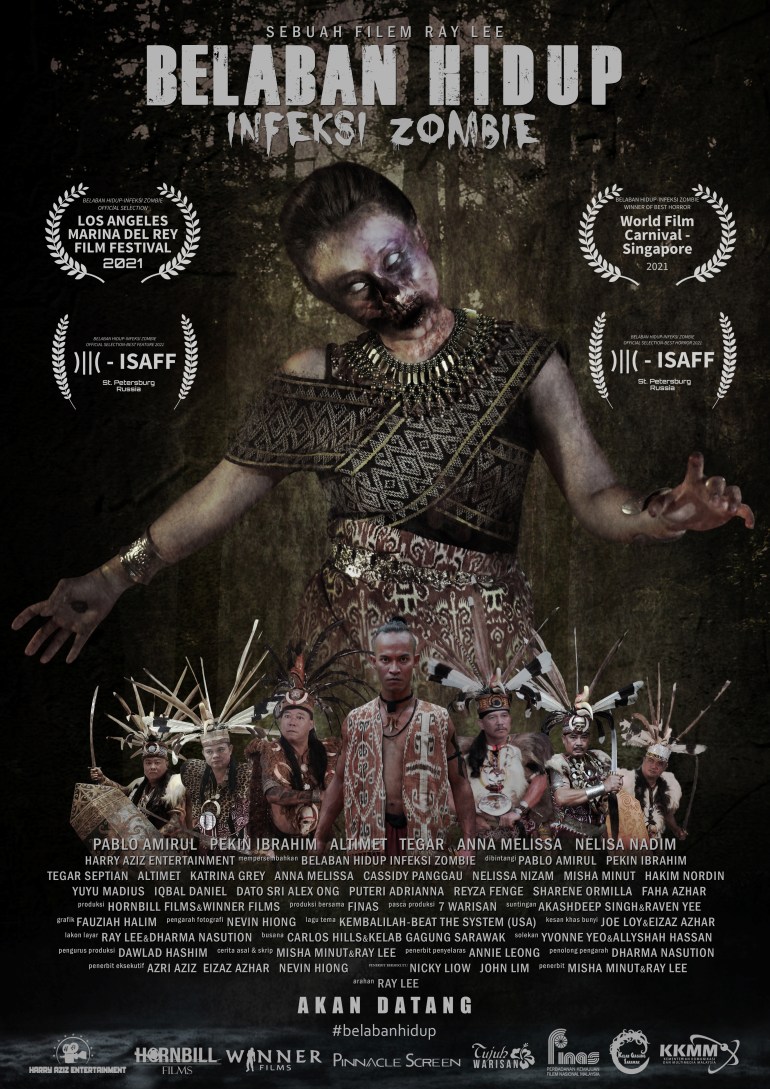 Timo is stoked by the success of Indonesian horror, but also thinks the industry is not moving fast enough and has a long way to go to beat the “gigantic wave of Korean cinema magic that people like myself can just admire in awe”.

COVID-19 has also hit the local movie industry hard at a time when things were improving, says Timo. “I’m a realist and love the fans and the excitement, but I feel that sometimes we have to look beyond the hype, and realise that we are not doing our very best here yet.”

For Thomas Barker, the localisation of plots and settings are key to the genre’s success. “By drawing on local folklore and experiences, but also being deeply aware of the global horror genre, filmmakers are bringing fresh ideas, including new kinds of monsters and monstrosity,” he told Al Jazeera.

One example is Joko’s Impetigore, which tells the story of Maya, played by Tara Basro, a young and impoverished Jakarta woman who decides to return to her ancestral village of Harjosari to chase what she senses is a hidden family fortune. She soon learns that the legacy her father left behind is of a far more morbid nature – one that stems directly not just from Indonesia’s ghostly folklore, but also from its cultural traditions, such as “wayang kulit” (Javanese shadow puppetry).

“It’s not a choice, it comes naturally,” Joko said. “I grew up reading and being told about this type of folklore all the time. It’s even taught in schoolbooks in Indonesia.”

Another recent Malaysian low-budget horror, Belaban Hidup – Infeksi Zombie (2021) by director Ray Lee, transformed the uniqueness of Dayak culture – the indigenous peoples of East Malaysia and Indonesian Kalimantan on the island of Borneo, renowned for being former headhunters – into the world’s first zombie movie in a Dayak tribal setting. Dayak is an umbrella term for Indigenous people including the Iban and Bidayuh.

Belaban Hidup tells the story of a secret organisation that relocates from Madagascar to Borneo to set up a bogus clinic and continue experimenting on humans. When a group of imprisoned orphans finds a way to escape, they unleash a horde of flesh-eating zombies on the nearby rainforest, involving the resident tribe in the struggle. “My movie wants to promote the Dayak culture, language and habitat to the world,” Lee told Al Jazeera.

The subject was certainly instrumental in earning the film 13 awards at film festivals from Singapore to Canada, the latest being the Russian International Horror Film Festival and the Asian Cinematography Awards in the Philippines.

“When people in West Malaysia still don’t know the Dayaks well, the many international awards demonstrate how the world is instead curious to see their beautiful and unique culture,” said Lee.

Belaban Hidup is still struggling to find an official distributor in Malaysia and cinemas have been closed as part of the government’s latest “total lockdown” to curb a surge in COVID-19 cases.

But the future of Southeast Asian horror still seems bound to thrive thanks to the opportunities offered by international film streaming platforms.

“Cinema releases won’t be feasible this year because of the additional marketing costs and the coronavirus standard operating procedures that would limit the number of viewers anyway,” Amir Muhammad told Al Jazeera. “It would be good to go back to wide-screen releases, but at least for our next two films, The Screaming Sky and Arrogance, we are definitely only looking at streaming debuts.”