United States Attorney General Merrick Garland on Thursday directed the Justice Department to expand funding to states and municipalities to help track and investigate hate crimes, and ordered prosecutors to step up both criminal and civil investigations into hate incidents.

In a memo to Justice Department employees, Garland said that Associate Attorney General Vanita Gupta will assign someone to coordinate and serve as a central “hub” on hate crimes by working with prosecutors, law enforcement and community groups to ensure there are adequate resources to investigate and track hate crimes.

“Hate crimes and other bias-related incidents instill fear across entire communities and undermine the principles upon which our democracy stands,” Garland said in his memo.

“All people in this country should be able to live without fear of being attacked or harassed because of where they are from, what they look like, whom they love, or how they worship.”

Garland’s memo comes at a time when Asian Americans have faced an increase in attacks and racist encounters since the start of the coronavirus pandemic, when then-President Donald Trump first started blaming the virus on China.

Earlier this month, President Joe Biden signed into law the COVID-19 Hate Crimes Act, which mandates the Justice Department designate an official to expedite a review of hate crimes reported to police.

The new law aimed at combating a rise in hate crimes during the pandemic passed overwhelmingly in the US Congress.

In March, Garland announced he was launching a 30-day expedited review to explore ways the department could improve efforts to prosecute hate crimes and collect better data.

Thursday’s memo implements some requirements in the law, as well as some recommendations from the prior review.

Garland’s memo on Thursday also designates an official who will be tasked with expediting the review of hate crimes and calls on US Attorneys Offices to assign local criminal and civil prosecutors to serve as civil rights coordinators.

“Acts of hate do not always rise to the level of federal hate crimes, but such hate incidents still have a destructive effect on our communities. Federal civil statutes sometimes provide remedies when federal hate crime statutes do not,” Garland wrote.

A majority of Americans across racial and ethnic groups believe discrimination has worsened in the last year against Asian Americans, who became the target of attacks after being unfairly blamed for the coronavirus pandemic.

A poll from The Associated Press-NORC Center for Public Affairs Research suggested 60 percent of Americans said discrimination against Asian Americans has swelled compared with a year ago.

Nearly half of Americans believed Asian Americans encounter “a great deal” or “quite a lot” of discrimination in the US today, according to the survey released on May 26.

The poll also indicated about 6 in 10 Americans said racism in the US in general is a “very” or “extremely” serious problem. And a majority of Asian Americans said they feel unsafe in public because of their race.

The AP-NORC poll of 1,842 adults was conducted April 29-May 3 and had a margin of error for all respondents is plus-or-minus 3.2 percentage points.

The US has seen a surge in racially motivated crimes against Asian Americans and Pacific Islanders. 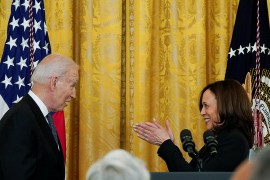 New law requires the US Department of Justice to focus on prosecuting hate crimes against Asians after surge in attacks. 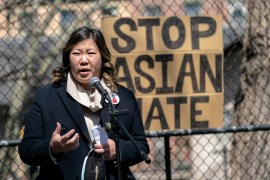 New law would require the US Department of Justice to focus on prosecuting hate crimes amid surge in attacks. 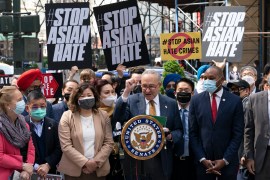 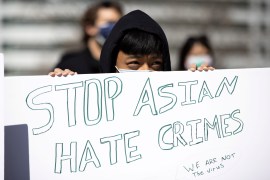