US President Joe Biden on Friday ordered the creation of a bipartisan commission to study potential reforms to the Supreme Court, including whether to expand the number of justices, a key goal of progressive Democrats, as some question whether he was backtracking on his decades-long stance against “packing” courts.

In an executive order, Biden said the commission would tackle the “merits and legality” of specific high court reform proposals. Along with the contentious idea of expanding the court, reform advocates have recently pushed for term limits for the justices.

A White House official stressed that the commission’s members represent the full political spectrum and “is intended to study the arguments both in favour of and against the reforms proposed in these areas,” Reuters reported.

White House press secretary Jen Psaki responded to questions about Biden’s stance on “court packing”, which he called a “bone-headed” idea in 1983, by saying the commission will look at the “pros and cons” of adding justices.

It will also examine “the court’s role in the constitutional system, the length of service and turnover of justices on the court, the membership and size of the court, and the court’s case selection rules and practices”, Psaki said.

Calling it a “faux-academic study of a non-existent problem,” Senate Republican Leader Mitch McConnell blasted Biden’s commission as a political attack on the court.

Biden promised to establish the commission after coming under heavy pressure from progressives during his presidential campaign to act on reforming the Supreme Court. In part, that stemmed from former President Donald Trump and his fellow Republicans moving quickly to fill liberal Justice Ruth Bader Ginsburg’s seat after her death less than two months before the election.

Republicans previously refused to give former President Barack Obama’s nominee Merrick Garland a hearing in 2016 when they still controlled the Senate, and in his single term, Trump named three justices to the high court, cementing a 6-3 conservative majority.

While Republicans have fiercely opposed increasing the size of the Supreme Court, many Democrats and progressive activists say all options must be considered to counter an entrenched conservative majority that could threaten access to healthcare, abortion and civil rights.

Biden repeatedly refused to articulate a stance on the issue during the waning days of the presidential campaign, saying that people would learn how he felt about the issue only after the election.

The commission will be made up of a group of liberal and conservative legal scholars, former federal judges and lawyers who have appeared before the court. It will hold public meetings and have 180 days to report its findings.

The number of justices on the high court has remained at nine since 1869, but Congress has the power to change the size of the bench and did so several times before that.

The US public may be in favour of changes, including a temporary increase in size as a transition to term limits, according to Supreme Court reform advocacy group Fix the Court (FTC).

The group conducted a February poll that found “Republicans, Democrats and Independents support a temporary expansion in the number of Supreme Court justices to facilitate the transition from life tenure to prospective 18-year term limits,” FTC said in a statement.

Fifty-three percent “of the respondents prefer having more than nine justices for a time”, while 25 percent supported “the status quo” and 22 percent were “unsure”, the poll (PDF) of nearly 1,400 found.

“Term limits for the Supreme Court remain incredibly popular, and as policymakers consider how to move from the current system to one with term limits, it’s heartening to know that a potential temporary increase in the number of justices to facilitate the shift is also viewed favorably,” FTC executive director Gabe Roth said in the statement. 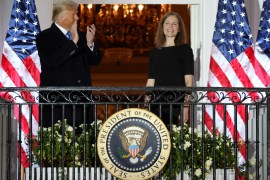 How far to the right is the US Supreme Court shifting? 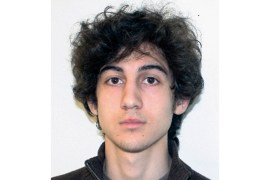 Justices will hear an appeal of a lower court ruling that overturned the death sentence for Dzhokhar Tsarnaev. 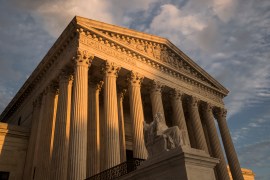 US Supreme Court to hear defence of Kentucky anti-abortion law

State law that would permanently block a common procedure had been struck down by an appeals court. 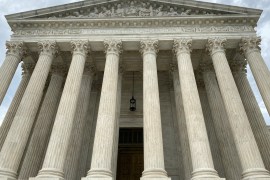 Court set aside a federal appeals court ruling that Trump violated First Amendment when he blocked critics on Twitter.