“We are now getting nine grams [almost a third of an ounce] per hour,” Ali Akbar Salehi of the Atomic Energy Organization of Iran said on state television, after Tasnim news agency reported that production was under way at the Natanz nuclear facility.

Earlier, the speaker of Iran’s parliament said Iranian scientists had successfully started enriching 60 percent uranium at 12.40am (20:10 GMT on Thursday).

The comment by Mohammad Bagher Qalibaf, quoted by state television, did not elaborate on the amount Iran planned to enrich.

However, it is likely to raise tensions even as Iran negotiates with world powers in Vienna over a way to allow the US back into the agreement and lift the crushing economic sanctions it faces.

The announcement also marks a significant escalation after the sabotage that damaged centrifuges in an attack this past weekend.

While Israel has yet to claim it, the country is widely suspected of having carried out the still-unexplained sabotage at Natanz, Iran’s main enrichment site.

“The will of the Iranian nation is a miracle-maker and it will defuse any conspiracy,” state television quoted Qalibaf as saying.

While 60 percent is higher than any level Iran previously enriched uranium, it is still lower than weapons-grade levels of 90 percent.

Iran had been enriching up to 20 percent – even that was a short technical step to weapons-grade. The deal limited Iran’s enrichment to 3.67 percent.

Reporting from Tehran, Al Jazeera’s Assed Baig said, “It is important to note that this is the highest level of enrichment that Iran has ever done.

“It seems to be in response to the incident at the main nuclear facility in Natanz.

“If we look at the 20 percent enrichment, that was in response to the assassination of the Iranian nuclear scientist Mohsin Fakhrizadeh in November,” explained Baig.

“Iran’s line is that it [the enrichment of uranium at 60 percent] is for medical use, but the EU has said there is no need for Iran to enrich to 60 percent. In reality, it could be as leverage in the nuclear talks in Vienna,” he added.

The move could inspire a further response from Israel amid a long-running shadow war between the nations.

Tehran has maintained that its nuclear programme is peaceful and it does not aim to build an atomic bomb. 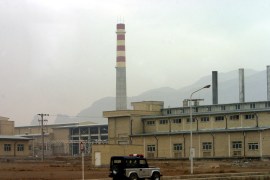 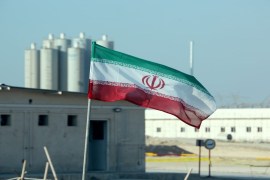 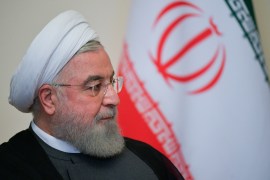