Millions of vulnerable people are at risk of missing out on COVID-19 vaccines as India uses its national digital identity for registration and pilots facial recognition technology at inoculation centres, rights groups and experts said.

Amid a surge in coronavirus cases, authorities are testing a facial recognition system based on the Aadhaar ID for authentication in the eastern state of Jharkhand, and plan to roll it out nationwide, a senior official said last week.

“Aadhaar-based facial recognition system could soon replace biometric fingerprint or iris scan machines at COVID-19 vaccination centres across the country in order to avoid infections,” RS Sharma, chief of the National Health Authority, was quoted as telling an online publication.

Sharma added later that the system would not be mandatory, but new guidelines indicate that Aadhaar is already the “preferred” mode of identity verification and for vaccination certificates.

India reported a record 217,353 COVID-19 cases over the last 24 hours, health ministry data showed on Friday, taking its total caseload to nearly 14.3 million, just behind the United States on the global tally.

As cases soar, several states have warned of vaccine shortfalls, and the Indian government has fast-tracked emergency approvals for vaccines.

But a requirement to register for appointments on a mobile app using Aadhaar is excluding millions of people who do not have an Aadhaar ID, said Anushka Jain, an associate counsel at the Internet Freedom Foundation in New Delhi.

Using facial recognition at vaccine centres risks further marginalising vulnerable people who may be misidentified and refused the vaccine, and raises fears the controversial technology could become the norm at all centres, she added.

“Insisting on Aadhaar to register is very problematic as it is very exclusionary – and using Aadhaar-based facial recognition for authentication compounds the problem, as it is riddled with inaccuracies,” Jain said.

“The government should be making it easier to access vaccines – with any form of ID, not introducing new barriers,” she told the Thomson Reuters Foundation.

Health ministry authorities did not respond to a request for comment.

Aadhaar, which is linked to an individual’s fingerprints, face and iris scan, is the world’s largest biometric identity system with more than 1.2 billion IDs issued that are used for everything from school enrolments to tax filings.

But more than 100 million citizens including many homeless and transgender people were left out of the system, with several reports of denial of services to even those with IDs because of misidentification and faulty IDs, a 2019 study showed.

In addition, technology experts have raised concerns about the privacy and safety of the data, and its potential use for profiling and surveillance, in the absence of legal protections.

“It is crucial that the government’s focus stays on increasing the speed, range and efficacy of vaccine delivery, and not … to test out privacy harming technologies,” advocacy group Rethink Aadhaar said in a statement.

The use of facial recognition for authentication at vaccine centres without assessing its effect on equity and privacy is troubling, said Jain.

“It has been more than 10 years since Aadhaar was introduced – people’s faces may have changed since then, does that mean they will lose out on access to the vaccine?” she said. 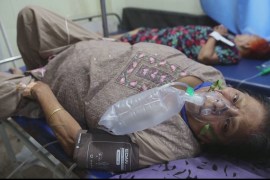 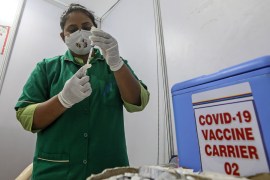 India to approve all vaccines that have been given emergency nod by WHO or regulators in US, Europe, Britain or Japan. 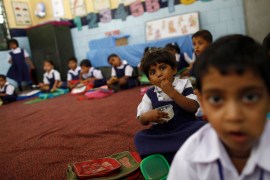 Experts say facial recognition systems being installed in schools without laws to regulate collection and use of data. 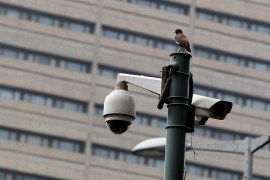