In 1987, a year after fighting his way to power in Uganda, Yoweri Museveni made his first visit to the White House.

“Pleasure to meet with you,” said Ronald Reagan to his beaming guest. “I know your concern and progress you’re making with regard to human rights.”

It was the beginning of a long relationship between Museveni and the United States, in which the former rebel positioned himself as a bastion of regional stability and important security partner.

But fast forward to 2021, six American presidents later, and that bond is under strain – not least because of human rights violations under Museveni’s rule.

In January, Museveni was declared the winner of a presidential election that the opposition said had been rigged. During the campaigns, state security forces shot dead scores of people on the streets and abducted hundreds of others, many of whom are still missing.

“Uganda’s January 14th elections were marred by election irregularities and abuses by the government’s security services against opposition candidates and members of civil society,” said Ned Price, the US State Department spokesman, in a briefing last week.

“We’ll consider a range of targeted options to hold accountable those members of the security forces responsible for these actions.”

His comments followed calls from senior members of the foreign affairs committees in the US Senate and House of Representatives to impose targeted sanctions on Ugandan security officials and review assistance to the country.

Ofwono Opondo, a Ugandan government spokesman, described the US as “an international bully” that is financing “political actors” in Uganda and trying to impose “American standards”.

“Our relationship with the United States is good, it is important, we value it, but we reject them meddling in our affairs,” he said.

But the singer and opposition candidate Robert Kyagulanyi – better known by his stage name Bobi Wine – told Al Jazeera that the Biden administration should follow through with its threats.

“I think the United States should continue to be a moral leader,” he said. “General Museveni is showing the world that one can be a dictator but still be accepted by the world’s leading democracy.”

He added Museveni has used the rhetoric of “the fight against terrorism” to “hoodwink the United States and to hold them under blackmail every time he is called out on human rights abuses”.

Museveni once impressed Western diplomats with his charisma, market-friendly policies, and proactive approach to the HIV/AIDS epidemic. On a visit to Kampala in 1997, Madeleine Albright, then secretary of state, called Uganda a “beacon of hope”.

The US-Uganda relationship was built on military cooperation. At first, the enemy was the Lord’s Resistance Army rebels in northern Uganda and, indirectly, the Sudanese government.

Later, the focus shifted to Somalia where Ugandan troops, trained and equipped by the US, are the core of the peacekeeping mission that is battling the armed group al-Shabab.

“They have been a good partner for us in addressing the challenge in Somalia,” said Deborah Malac, the American ambassador in Uganda from 2016 to 2020, speaking to Al Jazeera. “We have an interest … in maintaining good relationships with countries that are trying to maintain stability.”

But Ugandan soldiers also have a long record of human rights abuses, from crackdowns on the opposition to the massacre of more than 150 people in the town of Kasese in 2016. The current wave of abductions is perpetrated in part by a commando unit that was previously deployed in Somalia.

“The [Ugandan army] is a beacon of impunity in the domestic context of Uganda itself,” said Maria Burnett, senior associate at the Center for Strategic and International Studies (CSIS), who spent more than 10 years in Uganda researching human rights.

“The question is: how do you relate to an army that is highly politicised and highly built around prolonging the interests of the executive at all costs?”

That question has become harder to avoid as Museveni has demolished all constitutional obstacles to a life presidency. And relations have been tested further by his repeated claims that “foreigners” are backing Bobi Wine and interfering in Ugandan affairs.

The Ugandan government has suspended a cash transfer programme funded by the US government and denied accreditation to the majority of US election observers who applied.

Shortly after the election security forces blocked the US ambassador, Natalie Brown, from visiting Bobi Wine at his home, where he was being held under house arrest.

Malac, the former ambassador, said the time is right for “a tangible recalibration in the relationship”.

“Already after 2016, we [at the embassy] were pushing hard to make that happen,” she said, “but it ultimately depends on willingness and support within the Washington interagency process to prioritise the issue.”

One option is visa bans and asset freezes for human rights abusers under the Magnitsky Act, which has previously been used against a former Ugandan police chief.

Congressmen have suggested possible targets including Major General Abel Kandiho, the chief of military intelligence, and Lieutenant General Peter Elwelu, who commanded the 2016 attack in Kasese.

A more far-reaching step would be to scale back security and development assistance, which currently totals about $1bn a year – but that would require coordination across different parts of the government at a time when attention is focused on crises elsewhere, such as the war in Ethiopia.

“Given that Africa policy is rarely a top priority in Washington, DC, to change this kind of relationship that has been going on for decades will require really significant diplomatic bandwidth,” said Burnett of CSIS.

“It’s much easier to make condemnatory statements … than it is to actually figure out a pathway that changes that relationship.”

Moses Khisa, assistant professor at North Carolina State University, argued that US officials have had “a transactional relationship” with Museveni as an individual, which will probably continue as long as he demonstrates he is in charge.

“Even when the US from time to time would express concerns about human rights and democracy, they never really did or said things that particularly concerned Museveni and threatened his power,” he said.

Khisa noted that Museveni has cultivated relationships with countries such as China, which weakens the leverage of Western powers.

“Targeted sanctions or withdrawal of funding are complicated measures to take,” he said. “When you go too hard on a regime like Uganda’s you actually harden the regime.” 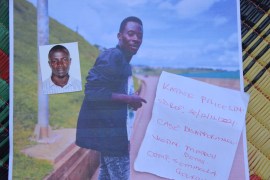 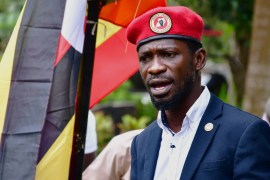 Bobi Wine, who had disputed January election results, says ‘the courts are not independent’ as he withdraws his case. 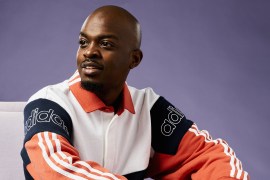 George The Poet: Can music bring change in Uganda? 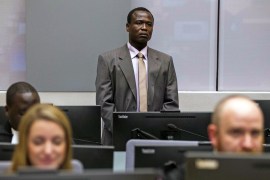 Dominic Ongwen is the first ICC case to involve an alleged perpetrator and victim of the same war crimes.