British actor and musician Riz Ahmed has become the first Muslim to be nominated for the Academy Award’s Best Actor category for his role in the movie Sound of Metal.

Ahmed, of Pakistani origins, plays a rock drummer who loses his hearing.

Wow! I'm honoured to be nominated by my fellow actors alongside such inspiring performances, and am grateful to the Academy for their support and encouragement. I’m equally thrilled for our visionary writer-director Darius Marder and the brilliant Paul Raci… pic.twitter.com/Z6ScOq08tf

“When you hear your own name, it’s a weird feeling, I just quietly gave thanks and felt some gratitude,” the 38-year-old said after his nomination.

“Everybody on this film was doing it because they wanted to push themselves and go further than they have before. This was all of us trying to see how far could we go.”

Ahmed won an Emmy when he picked up the prize for lead actor in a limited series or movie for The Night Of in 2017.

riz ahmed being nominated for best actor at the oscars for playing a role that isn't associated with the stereotypical terr0rist narrative is so appealing to me.

In the same year, Mahershala Ali became the first Muslim actor to win an Oscar for Supporting Actor in Moonlight.

For performers, this is the most diverse group of nominees ever and a far cry from the all-white acting nods that spawned the #OscarsSoWhite hashtag five years ago.

Nine of the 20 acting nominees are people of colour, including a posthumous Best Actor nomination for Chadwick Boseman for Ma Rainey’s Black Bottom, as well as nods for Steven Yeun for Minari, Viola Davis for Ma Rainey’s Black Bottom and Andra Day for The United States vs Billie Holiday and Supporting Actor nominations for Daniel Kaluuya and Lakeith Stanfield for Judas and the Black Messiah, Leslie Odom Jr for One Night in Miami and Yuh-Jung Youn for Minari.

Netflix Inc led all outlets with 35 nods after a year in which the coronavirus pandemic saw movie studios delay scores of new releases or send them to streaming platforms.

The Oscars will be handed out on April 25 in a ceremony that will take place at both the Dolby Theatre in Hollywood and, for the first time, at Union Station in downtown Los Angeles. Neither the form of the ceremony nor a host has been announced.

Eleven actors were first-time nominees, including Bulgarian newcomer Maria Bakalova for Borat Subsequent Moviefilm, Andra Day for her lead performance in The United States vs Billie Holiday and Lakeith Stanfield for Judas and the Black Messiah. 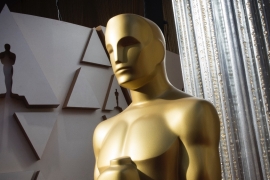 The Academy of Motion Picture Arts and Sciences publishes new rules that filmmakers will have to meet starting 2024. 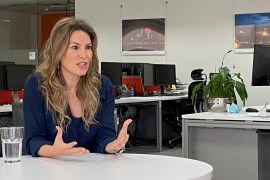 Farah Nabulsi: Her past in The Present and the future 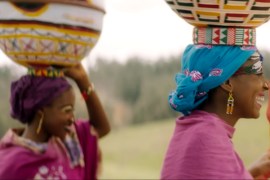 At home, Desmond Ovbiagele’s film has faced censorship, but in the US, it may well enjoy a positive reception.