Ather Mushtaq, 16, from Bellow village in Pulwama, was among three men killed by Indian security forces on December 30 last year during what police described as a gunfight after the men refused to surrender on the outskirts of the main city of Srinagar.

Police said the men – 22-year-old Aijaz Ganai and Zubair Lone, 25, being the other two – were “hardcore associates of terrorists” opposed to Indian rule.

The local administration refused to return the bodies of the three men to their families and buried them at a remote graveyard about 115 kilometres (70 miles) away in Sonmarg.

Under a policy started in April last year, authorities in Indian-administered Kashmir have buried more than 100 alleged rebels in unmarked graves, denying their families proper funerals and adding to widespread anti-India anger in the region.

‘World must see this oppression’

Wani on Monday told Al Jazeera he, along with his two brothers, three other relatives and the imam of a local mosque, “have been booked for demanding the body of his son” under the Unlawful Activities (Prevention) Act or UAPA.

“On Friday [last week], I along with others raised slogans in front of police officials near the village mosque after prayers. I was just demanding the body of my son who was killed in a fake encounter. It was all a peaceful appeal to ask for my son’s body,” he told Al Jazeera.

“If the police does this to a mourning father who just wants his son’s grave near his home, the world must see this oppression.”

Wani said they came to know about the UAPA case after some village elders were called to the police station and the imam was detained.

“Let the police impose all its oppression on me for demanding my son’s body. I will continue to ask for it even if it means standing alone till I am alive,” he said.

A senior police official confirmed to Al Jazeera that “seven people have been booked under UAPA” including the boy’s father.

A police document, accessed by Al Jazeera, says on February 5, 2021, the Rajpora police station received information “through reliable sources” that after offering Friday prayers at a mosque in Bellow village, a “violent” mob congregated.

“The mob was led by seven people to obstruct the main road and were raising anti-national slogans against the integrity of the nation,” says the document.

“The said persons are organising such illegal processions under criminal conspiracy and are abetting anti-national elements,” it says, adding that an investigation is going on.

Last month, Wani dug a grave for his teenage son at his village, “as a mark of protest”, demanding that his body be exhumed and returned for burial at his ancestral graveyard.

Since the killing on December 30, Wani’s family has held multiple demonstrations to press the government for the return of Ather’s body.

He was supposed to appear for his school examinations the next day, his family said.

Mehbooba Mufti, the former chief minister of the Muslim-majority region, expressed her outrage over the UAPA case on Twitter.

“After losing his son in an alleged fake encounter, Athar Mushtaq’s father has been slapped with an FIR for demanding his body. His crime was to stage a peaceful protest,” she posted.

“The inhabitants of Naya [New] Kashmir can’t even question a callous [administration] and have been reduced to living corpses.”

Since then, India’s right-wing government has introduced new laws and policies that critics say are part of a plan to populate the region with Indian settlers.

Legal experts in the region said the UAPA was being misused against the Kashmiris.

“This is yet another instance of the misuse of UAPA. Actually, they are not flouting the law, they are using this law for the exact purpose for which this is meant to be which is to create fear among the masses,” lawyer Habeel Iqbal told Al Jazeera.

The UAPA was amended in 2019 to allow the government to designate an individual as a “terrorist”.

Under the law, police can detain a person for six months without producing any evidence, and the accused can subsequently be imprisoned for up to seven years – provisions that rights groups call “draconian”.

Kashmir is divided between India and Pakistan, but claimed in its entirety by the nuclear-armed neighbours who have fought two of their three wars over the Himalayan region.

Since the formation of the two nations in 1947, India has relied on its military to retain control over the portion of Kashmir it administers.

Tens of thousands of civilians, rebels and government forces have been killed in the region since an armed uprising against the Indian rule began in 1989. 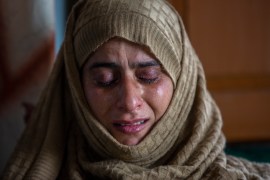 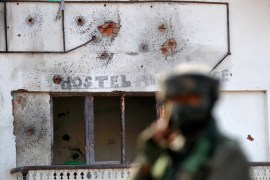 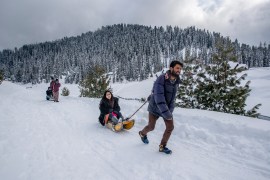 Influx of tourists a dramatic change for disputed region which faced the double whammy of COVID and security shutdowns.