Voters in Niger will head to the polls on Sunday to choose the country’s next president, in a runoff vote that pits outgoing President Mahamadou Issoufou’s chosen successor against the country’s first democratically elected president.

Mohamed Bazoum, the candidate for the ruling Nigerien Party for Democracy and Socialism, had secured 39.3 percent of votes in the first round of voting on December 27, well ahead of his closest rival, Mahamane Ousmane, at 16.9 percent.

Hailing from Niger’s tiny ethnic Arab minority community, 61-year-old Bazoum held key ministries in Issoufou’s cabinet and is widely seen as the favourite against Ousmane. The 71-year-old in 1993 won the West African country’s first multiparty elections but was overthrown three years later in a coup and has since failed to regain the presidency.

Issoufou’s decision not to run for a third term – in line with the country’s constitution – has been greeted by Niger’s international partners as a sign of democratic openness. The years preceding the poll, however, have been marked by growing insecurity along Niger’s borders, major corruption scandals and repressive measures against civil society members.

The vote will complete Niger’s three-month-long electoral cycle that kicked off in early December with local elections and is also expected to usher in the country’s first peaceful transition of power between freely elected leaders.

Supported by large multi-party coalitions, both candidates launched their campaigning in the border region of Tillaberi, a hotspot of the worsening conflict plaguing the western portion of the Sahel for much of the past decade – and in recent years, increasingly hitting Niger as well.

Attacks by armed groups linked to ISIL (ISIS) and al-Qaeda and counterterrorism operations supported by Western forces have turned the area near Niger’s border with Mali and Burkina Faso into a regular battleground, forcing more than 90,000 people to leave their homes in the past three years, according to the United Nations.

At least 621 people were killed in the region in the first 11 months of 2020, an increase of more than 40 percent compared with the previous year, according to the Armed Conflict Location and Event Data Project.

“How can we herd our cattle, go fishing, bring our kids to school, trade goods, see a doctor, if there’s no security?” Ousmane asked at the end of his coalition’s rally in Tillaberi on February 6, while also decrying what he deemed as the ineffective presence of Western armies. 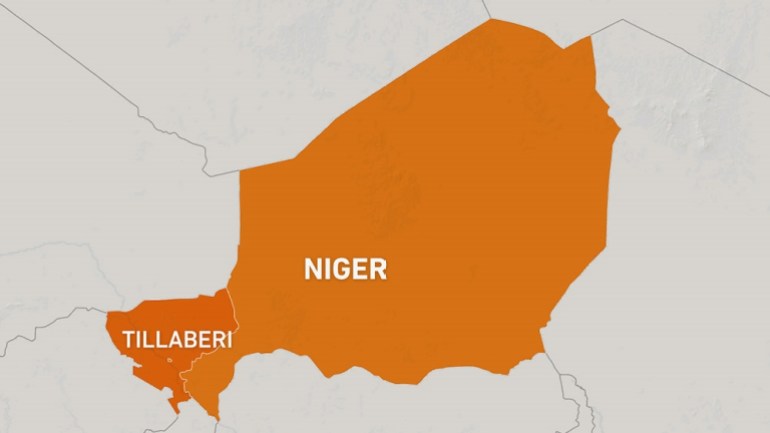 Two days later, at another rally in front of a different crowd, Bazoum replied by promising he will do “everything in my power, to restore security” in Tillaberi, referencing the expected arrival of more than 1,000 Chadian troops to assist a regional military force fighting the armed groups and the deployment of hundreds of newly recruited and trained agents from the Garde Nationale, an internal security force.

As a former minister of interior, from 2016 to 2020, “Bazoum knows very well the country’s security apparatus, and this played a role in his designation as a natural heir to Mahmadou Issoufou,” explained Andrew Lebovich, a research fellow at the Washington-based European Council on Foreign Relations.

But although “Niger has avoided the security breakdown of some of its neighbours, namely Mali and Burkina Faso”, he added, “such persistent insecurity represents a risk for stability in the medium term”.

Like many other observers, Lebovich also pointed to the “consistent allegations over the embezzlement of public funds in military spending in the past years”.

According to an internal audit of the Ministry of Defence, partially leaked to journalists in February 2020, at least $137m has been lost between 2014 and 2019 as part of an enormous corruption scheme, involving high-ranking state agents and powerful middlemen who overpriced military contracts.

None of the people presumably involved has faced any legal consequence, and critics argue that Bazoum’s re-election would prolong such a climate of impunity.

Over the past five years, Niger has been turned into something of a global military hub, hosting army bases with troops from France, the United States, Italy, Belgium, Germany and recently establishing defence agreements with Russia and Turkey.

For many Nigeriens, however, insecurity is not necessarily the most pressing matter – poverty, and basic needs, are.

“The heartland of the country, the rural zones, have been completely neglected during the regime of Issoufou, and this is where 80 percent of Nigeriens live, often in a state of misery – a deep injustice which is the real prelude to insecurity,” said Moussa Tchangari, the secretary-general of civil society group Alternative Espaces Citoyens.

Niger’s record gross domestic product (GDP) growth, hitting about six percent in recent years, “benefitted only a very small part of the population, an urban middle class which is the target of Bazoum’s campaign”, he said.

Such growth has been largely driven by big infrastructure projects such as a new international airport in the capital, Niamey, shining five-star hotels, bridges on the Niger River, conference centres and hospitals.

Largely funded through foreign direct investment by Turkey, China and India, these facilities embody the new role of Niger’s international partners, one that might overshadow the traditional position of former colonial ruler, France, and of other European countries, that recently looked at Niger as an ally to reduce north-bound migration.

While the “Coalition Bazoum” election programme has promised to keep investing in similar infrastructure projects, including highways, regional routes and oil extraction plants, Ousmane’s “Seven E” manifesto focused more on access to water, education and support to farmers, in an attempt to mobilise rural voters.

Seven and a half million people, out of a population of 23 million, are eligible to vote on Sunday, with results expected in the coming days.

Voting projections seem to be in favour of Bazoum, who has the backing of 95 political parties in the second round. Ousmane, on the other hand, will count on the support of 17 political groups.

The Economic Community of West African States (ECOWAS) regional bloc has deployed an observation mission, while a local grassroots pro-democracy movement called Tournons la Page [translation: Let’s turn the Page] plans to mobilise some 500 observers around the country and a phone line to report potential incidents of fraud.

Maikoul Zodi, the group’s secretary, said the first round of voting was marked “by hate speech, vote-buying and irregularities, including the malfunctioning of many poll stations in areas targeted by jihadists”.

From 2018 onwards, Zodi and fellow activists spent months in jail following their mobilisation against what he calls “unpopular measures” taken by the government, from new taxes to impunity in cases of alleged corruption.

“In the past years, we’ve seen insecurity, corruption and a growing repression of dissent,” said Zodi. “Let’s leave all this behind.”