Chad plans to deploy 1,200 troops to combat armed groups in a violence-wracked Sahel border zone as France eyes a reduction of its military presence in the vast, volatile region.

Burkina Faso, Chad, Mali, Mauritania, Niger and France are holding talks on the future of their military campaign against violent groups in the Sahel, which according to the UN have killed thousands and displaced more than two million.

The Chadian soldiers will be deployed to the border zone between Niger, Mali and Burkina Faso, Chad’s President Idriss Deby Itno said on Twitter during the two-day regional summit on Monday.

Chad, which reputedly has the best-armed forces among the G5 Sahel nations, promised a year ago to send a battalion to the area.

Opening the summit, Deby said it was time for the international community to “urgently” step up funds for development and poverty alleviation to help cut off sources of recruitment for armed groups.

The meeting, which French President Emmanuel Macron joined by videolink, comes a year after France boosted its Sahel deployment, seeking to wrench back control in the long-running battle.

But despite touted military successes, armed groups remain in control of vast swaths of territory and attacks are unrelenting.

Just hours before the summit opened, Malian sources said two soldiers had been killed by a highway bomb blast in central Mali.

The deaths bring the number of Malian, UN and French troop losses to 29 since the start of the year, according to an AFP news agency tally.

Fighters in the Sahel first emerged in northern Mali in 2012 during a rebellion by ethnic Touareg separatists that was later overtaken by various armed groups.

France intervened to rout the rebels, but the fighters scattered, taking their campaign into the ethnic powder keg of central Mali and then into Burkina Faso and Niger.

The crushing toll has fuelled perceptions that the armed groups cannot be defeated by military means alone.

The armed groups “are capable of turning their backs, bypassing the system, and continuing”, he said.

Last year, France upped its “Barkhane mission” in the Sahel from 4,500 soldiers to 5,100 – a move that precipitated a string of apparent military successes.

French forces killed the leader of the notorious al-Qaeda in the Islamic Maghreb (AQIM), Abdelmalek Droukdel, as well as a military chief of the al-Qaeda-affiliated Group to Support Islam and Muslims (GSIM).

But attacks in December and January brought the number of French combat deaths in Mali to 50, prompting soul-searching at home about Barkhane’s cost and usefulness.

Macron last month opened the door to a drawdown, suggesting France may “adjust” its military commitment.

To lighten the load, France is hoping for more military support from its European partners through the Takuba Task Force that assists Mali in its fight against armed groups.

The Sahel armies, for their part, have been unable so far to pick up the slack.

In 2017, the five countries initiated a planned 5,000-strong pooled force, but it remains hobbled by lack of funds, poor equipment, and inadequate training.

While acknowledging the alliance’s weak points, Chad’s President Deby on Monday “urged all member states to get on with making the joint G5 Sahel force self-sufficient, by giving it its own financial and logistical resources”.

“The socioeconomic situation in our countries isn’t gleaming… We’re appealing urgently to all our partners to give us the additional resources they promised,” Deby said, underlining “debt cancellation” as a priority for regional governments. 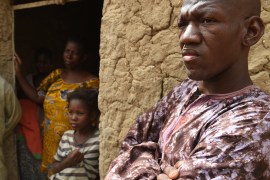 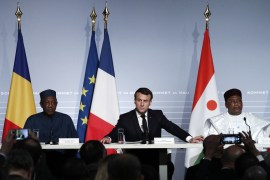 Ahead of Sahel summit, where do France and G5 countries stand? 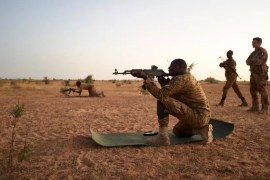