United States President Joe Biden will press his case for a $1.9 trillion COVID-19 pandemic relief bill during an event on Tuesday in the US state of Wisconsin, which has been hard-hit by the pandemic and its economic fallout.

“The president felt that he can have a good conversation with people on the path forward.”

Biden has travelled to his home state of Delaware and to the Camp David presidential retreat since taking office on January 20 but the trip to Milwaukee is his first on official business since becoming president.

After the US Senate on Saturday voting to acquit former President Donald Trump in his second impeachment trial, the White House is eager to press ahead with Biden’s agenda on the economy, fighting COVID-19, curbing climate change and addressing racial inequality.

Biden wants Congress to pass his $1.9 trillion pandemic relief bill in the coming weeks in order to get $1,400 stimulus cheques to Americans and bolster unemployment payments.

“The vast majority of people like what they see in this package,” Psaki said on Tuesday.

“And that should be an indication, and noted by members of Congress as they consider whether they will vote for it or not,” she said.

Al Jazeera’s John Hendren, reporting from Milwaukee, said Biden is hoping to rally his base and build public support to get Congress to pass the stimulus bill.

“It’s an ambitious programme,” Hendren said about the proposed legislation.

Late last month, a group of Republican senators urged Biden to scale down his plan in the name of “bipartisanship and unity”.

“In the spirit of bipartisanship and unity, we have developed a COVID-19 relief framework that builds on prior COVID assistance laws, all of which passed with bipartisan support,” they said in a letter.

Republican legislators then met with Biden to discuss their alternative proposal, but the president has said his priority is getting the stimulus legislation passed quickly – even if that means it will not have bipartisan backing.

Biden and his allies have argued that going “big” will help boost the economy and bring the pandemic under control.

The US has reported over 487,000 coronavirus-related deaths to date, as well as more than 27.7 million COVID-19 cases, according to Johns Hopkins University data – the highest tallies in the world. 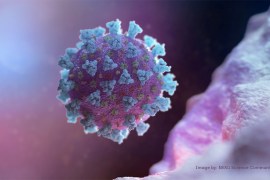 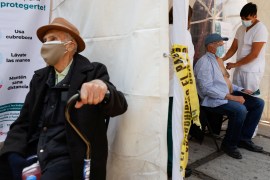 Most of the effort is concentrated in rural communities, but hundreds also rolled up their sleeves in Mexico City. 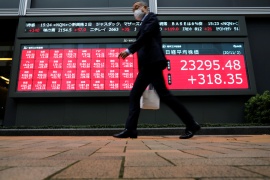