China’s defence ministry says there is “no room for compromise” with the United States when it comes to Taiwan, the latest salvo in a war of words and posturing over the self-governing island which Beijing considers part of its own territory.

When asked about US-Chinese relations at a press conference on Thursday, Chinese Defence Ministry spokesman Wu Qian said both sides benefit from having a healthy and stable relationship.

“However, for a period of time, the US side has said a lot of irresponsible things and done a lot of provocative things on Taiwan, the South China Sea, and close up reconnaissance by warships and aircraft,” he added.

The comments come a day after the administration of President Joe Biden invited Taiwan to its upcoming virtual Summit for Democracy amid already heightened tensions over the island.

Taipei was the only government on the invitation list that Washington does not recognise as a sovereign state. Its inclusion was hailed by Taipei and condemned by Beijing.

The US maintains a policy of strategic ambiguity towards Taiwan, offering economic and military support and regularly hailing Taipei as a beacon of democracy.

On Thursday, Wu added that certain aspects of China’s sovereignty could be not violated.

“Especially on the Taiwan issue, China has no room for compromise, and the US side should not have any illusions about this,” he said.

Beijing has not ruled out the use of force to take control of Taiwan and has stepped up pressure on other countries to downgrade or sever ties with the island. It has also conducted an increasing number of military missions near the island in recent months.

After an early November virtual summit between Biden and his Chinese counterpart Xi Jinping, state media reported China’s leader had cautioned Biden that encouraging Taiwanese independence would be “playing with fire”.

Biden, meanwhile, told Xi the US “strongly opposes unilateral efforts to change the status quo or undermine peace and stability across the Taiwan Strait,” according to the White House.

On Tuesday, the US Navy said its missile destroyer had sailed through the Taiwan Strait, the first such exercise following the Biden-Xi summit. 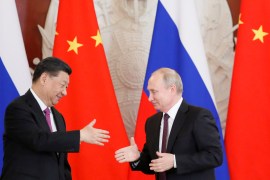 Why are China and Russia strengthening ties?

Deepening of ties between China and Russia is unprecedented and comes at a time of escalating tensions with the West. 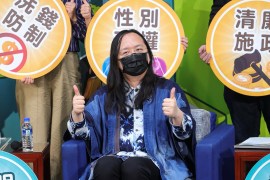 Audrey Tang on why tackling misinformation is crucial in pandemic

Taiwan’s Digital Minister tells Al Jazeera that openness is key to ensuring misinformation does not morph into hatred. 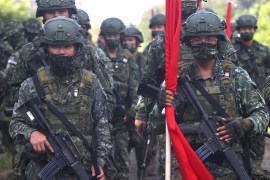 Taiwan faces questions about whether its reserves are capable of actual fighting in the event of a Chinese invasion. 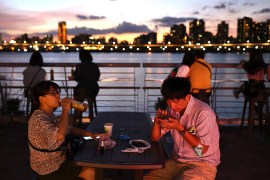