Authorities in the Ethiopian capital, Addis Ababa, have told residents to prepare to defend their neighbourhoods after Tigrayan forces, who have been fighting the central government for a year, indicated they might advance on the city.

State media reported on Tuesday that city officials had outlined new measures for the capital’s five million residents, including that all firearms be registered within two days and preparations made to secure it.

“All residents must be organised by blocks and neighbourhoods to protect peace and security in their home area in coordination with security forces, who will coordinate activities with community police and law enforcers,” said Kenea Yadeta, chief of the city’s Peace and Security Administration Bureau.

“There will be recruitment and organising of the city’s youth to work in coordination with security forces to protect peace and security in their area,” Kenea added.

He said “all sections of society” must cooperate with efforts to increase alertness, including landlords and hotel owners checking IDs of tenants and guests.

Those publishing “fake information” on social media were ordered to cease immediately.

Tigrayan forces claimed to have captured several towns in recent days, including the strategic towns of Dessie and Kombolcha in Amhara region, suggesting they were heading closer to the Ethiopian capital.

The capture of Kombolcha, which is on a highway linking the capital of the landlocked nation to the port of Djibouti, would be a strategic gain for the Tigrayan fighters.

William Davison, senior Ethiopia analyst at the International Crisis Group, said the highway is “absolutely vital for the national economy”.

“If the Tigrayan forces are able to control that corridor, they can increase pressure on the federal government by restricting the flow of trade,” he told Al Jazeera. “Also, there is the potential for creating a humanitarian corridor to take supplies from Djibouti directly to Tigray bypassing the federal government, therefore providing much needed humanitarian relief to Tigray.”

Meanwhile, Abiy urged unity in the fight against the TPLF, saying that victory was possible if the “full force” of the country was brought against the rebels.

In an address broadcast on Monday, he also claimed that foreigners were fighting alongside TPLF fighters, without elaborating. The only confirmed presence of foreigners on the battlefield in Ethiopia is that of Eritrean forces, who have been fighting alongside federal troops against the TPLF.

On Monday night, the Tigrayan fighters said they had linked up with fighters from an Oromo force also fighting the central government.

The Oromo Liberation Army, or OLA, is an outlawed splinter group of the Oromo Liberation Front, a formerly banned opposition group that returned from exile after Abiy took office in 2018. The Oromo are Ethiopia’s largest ethnic group; many of their political leaders have been imprisoned under Abiy’s government.

“There is a new marriage of convenience between at least a faction of the Oromo Liberation Front and the TPLF because Abiy has managed to alienate the Oromo, including some Amhara,” Yohannes Woldemariam, an analyst specialising in the Horn of Africa, told Al Jazeera. “And the TPLF is trying to take advantage of this situation, as well as the OLA,” he added.

The TPLF had dominated Ethiopian national politics for nearly 30 years but lost much influence when Abiy took office following years of anti-government protests.

The TPLF has accused Abiy of centralising power at the expense of Ethiopia’s regional states, an accusation he denies.

Abiy sent troops into Tigray in November 2020 in response to what he said were attacks on army camps by the TPLF. The TPLF said the federal government and its allies, including Eritrea, launched a “coordinated attack” against it.

Abiy promised a swift victory, but by late June, the Tigrayan fighters had regrouped and retaken most of the region, and fighting spread to the neighbouring regions of Afar and Amhara.

Abiy said on Sunday that federal troops were fighting on four fronts against the Tigrayan forces and “we should know that our enemy’s main strength is our weakness and unpreparedness”.

Amid calls on social media for attacks against ethnic Tigrayans, he said “we should closely follow those who work for the enemy and live amongst us”. A new roundup of Tigrayans was reported in the capital on Monday.

The war has destabilised Africa’s second most populous nation, plunging about 400,000 people in Tigray into famine, killing thousands of civilians and forcing more than 2.5 million people to flee their homes. 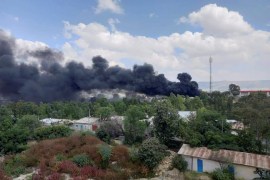 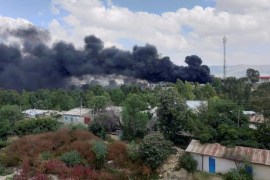 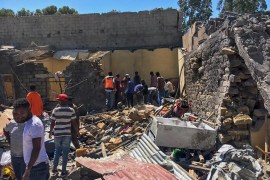