When Arif Setyawan was given a three-year prison sentence in August 2015 for terrorism-related offences, he was sent to Salemba Prison in Jakarta – a place that has housed some of Indonesia’s most infamous criminals and is notorious for overcrowding.

Arriving at the jail, Arif was pleasantly surprised by the relative cleanliness and infrastructure at Salemba.

But while the conditions were not as draconian as he had feared, one thing bothered him: the cell locking system.

“The system was one cell, one key,” Arif told Al Jazeera. “And the keys for all the cells in one block were held by the warden on duty in that block. That meant that the inmate farthest from the guard’s duty station was the last to have their cell door opened. Imagine if there was a fire in the prison that spread quickly.”

For the prisoners of Tangerang Prison on the outskirts of Jakarta, this imagined scenario became a reality in the early hours of the morning of September 8 when a deadly blaze ripped through the facility, killing 49 prisoners including a Portuguese and a South African, and injuring more than 70.

According to the authorities, guards at the prison managed to open some of the cells on the block, but were forced back by the flames and had to leave some prisoners in their cells. Some of the victims were so badly burned that the local authorities could not identify their remains, a medical examiner told the media.

“One of the issues is that Indonesian prison buildings are often old,” Elizabeth Ghozali, a lecturer in Indonesian criminal law at Santo Thomas Catholic University in Medan, told Al Jazeera. She is currently completing a PhD about the prison system

“That means that routine checks should be carried out but, in this case, it can be said that the officers were negligent because they did not check the conditions in the prison.”

Tangerang Prison was built in 1972 and the wiring had not been updated since. The fire broke out on cell block C, one of seven that make up the prison.

The block is supposed to house 44 prisoners, but authorities said it held 122 at the time of the incident.

A preliminary investigation found the fire appeared to have been caused by faulty electrical wiring, and six prison officers were put on administrative leave pending further investigations.

Three of the officers have been named suspects under article 359 of the criminal code, which is the Indonesian equivalent of negligent homicide.

In addition to the age of the prison, another issue appears to have been the sheer number of inmates held there.

Tangerang Prison had a capacity of 600, but some 2,000 prisoners were incarcerated there – prison overcrowding is not unusual in Indonesia.

According to a report from Human Rights Watch, Indonesia’s 464 prisons housed 270,000 inmates at the beginning of the pandemic in August 2020, despite having the capacity for a little more than 130,000.

Speaking on condition of anonymity, the guard said the overcrowded conditions in Indonesian prisons make it difficult for staff to control both prisoners and the environment around them.

“Just some of the challenges we face include prison riots, lack of cleanliness of cells and difficulties evacuating prisons in cases of natural disasters or fires,” the guard said.

In 2018, six police officers were killed after a standoff at the Police Mobile Brigade Corps headquarters (Mako Brimob) in Depok on the outskirts of Jakarta, after being taken hostage by inmates held on terrorism-related charges.

The same year, more than 100 prisoners escaped from a prison in Aceh province after overpowering guards.

In 2019, inmates set fire to a prison in Langkat, North Sumatra in an act of protest after the authorities packed 1,600 prisoners into cells meant to house 900.

According to Claudia Stoicescu, a public health researcher and research scientist at the Columbia Social Intervention Group at Columbia University in New York, the tragedy at Tangerang also shone a light on Indonesia’s drug policy and over-criminalisation problem.

“The legislation also provides mechanisms for diverting people who use drugs away from prison and towards drug dependence treatment, but its implementation is inconsistent and plagued by corruption.”

The result, Stoicescu adds, is that many low-level non-violent people who use drugs or are dependent on drugs are sent to prison rather than getting access to health and social support services in the community.

Too many drug offences

More than half of Indonesia’s prison population is made up of people jailed for drug-related offences.

“The overcrowded conditions at Tangerang reflect a similar situation around the country. Prisons, jails and police detention centres are operating several times above capacity. Not only was this tragedy preventable, but its impact was amplified by substandard living conditions caused by overcrowding,” Stoicescu told Al Jazeera.

“Living in such conditions is a violation of the basic human rights to health and dignity. It also creates a high-risk environment for the transmission of HIV, tuberculosis, COVID-19 and other communicable diseases.”

According to Ghozali, the COVID-19 pandemic should have meant that conditions in Indonesian prisons improved.

“In 2020, the Ministry of Law and Human Rights put together the COVID-19 assimilation and integration programme for prisoners,” she said. “In addition to addressing issues of overcapacity, it was also meant to slow the spread of COVID-19 in prisons. The prison authorities in Tangerang should also have been following the programme.”

To date, more than 50,000 prisoners have been granted early release as a result of the scheme, and similar programmes have mushroomed across Southeast Asia where similar issues of overcrowding are rife.

In neighbouring Thailand, more than 310,000 people are behind bars, with more than 80 percent in jail as a result of drug-related offences according to data from the United Nations Office on Drugs and Crime (UNODC) and the authorities are planning on releasing 50,000 to help tackle the problem. Both Malaysia and Cambodia have announced similar early release schemes.

In addition to these kinds of programmes, however, longer-term solutions are also needed according to Stoicescu.

“The solution to preventing future tragedies should go beyond the usual band-aid fix,” she said.

“Decriminalising drug use and possession, as recommended by the United Nations system, would have the greatest impact on reducing incarceration of low-level non-violent drug offenders, which will inevitably reduce overcrowding,” she added.

For Arif, who was released in 2017, aged Indonesian prisons could also be upgraded to make it easier for staff to get prisoners out of their cells quickly in the event of an emergency like the fire at Tangerang – perhaps by taking a cue from prison security systems in other countries or even from Hollywood.

“If the cell locking system could be like the one in the film Mission Impossible: Ghost Protocol, which, in an emergency situation, could be opened together with a centralised electronic control system, maybe loss of life could be minimised,” he said. 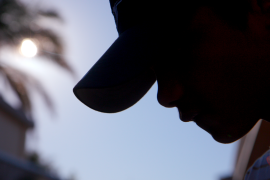 Young, Black and Behind Bars

As the Black Lives Matter movement spreads across the globe, we investigate Australia’s Indigenous incarceration crisis. 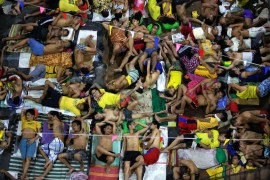 Government releasing 10,000 inmates, but campaigners say more has to be done because prisons are so overcrowded. 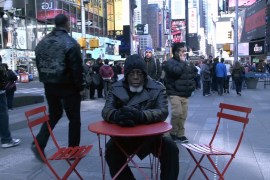 After 44 years behind bars, Otis comes out to try and rebuild his life in a world that seems to have changed completely. 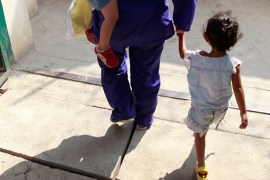 Escalating numbers of infants serving time with their mothers in Cambodia’s notorious prison system amid crackdown.