State television and an outlet close to the country’s security apparatus said on Tuesday that the origins of the hack were under investigation.

Thousands of petrol stations went offline starting before noon, but the cause was not confirmed as a cyberattack until later in the day.

After several hours, some petrol stations across the country restarted offering services, but offline and at the open rate that is twice the subsidised rate offered through rationed “smart fuel cards”.

Officials said all petrol stations will be back online soon.

Hassan Firouzabadi, the secretary of Iran’s Supreme Council of Cyberspace, told state TV late on Wednesday that the cyberattack was “probably” sponsored by a foreign state, but it is “too early” to name that country.

Iran has suffered several high-profile sabotage attacks recently, including two – blamed on Israel – against its main nuclear facilities at Natanz.

The widespread attack came shortly before the second anniversary of the November 2019 nationwide protests against an overnight petrol price rise.

At the time, petrol prices as much as tripled, sparking the protests that Amnesty International has said led to the deaths of more than 300 people.

Internet access was also shut down across the country for almost a week during the protests. Some areas where protests were still continuing experienced weeks of internet disruptions.

Social media videos early on Tuesday showed long queues at petrol stations that were out of commission.

Several also showed that digital city monitors were hacked, displaying messages such as “Khamenei, where’s our petrol?” addressed to the country’s supreme leader.

Local officials denied the monitors were hacked. Al Jazeera could not independently confirm the veracity of the videos.

The semi-official ISNA news website published a story saying the petrol distribution system and the digital city monitors were hacked, but it later said its website was targeted by a cyberattack and hackers published the story. 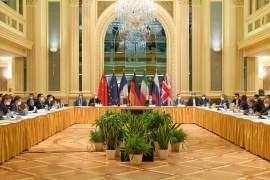 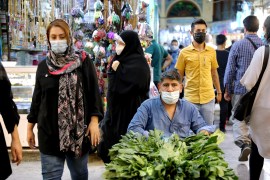 More reopenings are being planned as people continue to get vaccinated, but authorities expect a new surge in cases. 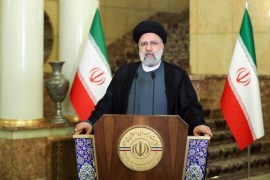