The rights group detailed the incidents in a report released on Thursday. They include allegations of physical, sexual and verbal abuse, as well as due process violations and discriminatory treatment that took place between 2016-2021.

Clara Long, the associate US director of the group, called the conduct detailed in the reports “jaw-dropping”.

“These internal government documents make clear that reports of grievous abuses – assaults, sexual abuse, and discriminatory treatment by US agents – are an open secret within DHS,” she said in a statement on Thursday.

The documents were obtained through a Freedom of Information Act request, and the statuses of the investigations detailed were not immediately clear. HRW said it provided summaries of some of the incidents to the Department of Homeland Security, which oversees Customs and Border Protection (CBP) and Immigration and Customs Enforcement (ICE), but were not provided updates.

Still, the report offers insights into some of grave complaints immigrations officials have received in recent years.

While most of the accounts appear to be during the administration of former US President Donald Trump, who made closing US borders and repelling immigrants a key part of his political platform, his successor Joe Biden has come under scrutiny, as well.

Biden’s administration has struggled to square its promises of a humane approach to undocumented migrants and asylum seekers with a surge in crossing along the southern border. On Wednesday, US media reported arrests by border patrol agents in fiscal year 2021 soared to their highest ever recorded – 1.7 million.

Meanwhile, the expulsion of predominantly Haitian migrants from a camp along the US-Mexico border in September has prompted the most recent round of accusations of dehumanising treatment by immigration authorities.

Images of border agents on horse back wielding whip-like cords against migrants and asylum seekers further fuelled the outrage. Officials promised a swift investigation, but have not yet publicly released any findings.

Physical abuse and denial of due process

The majority of records analysed appear to be from so-called “credible fear interviews”, a legally required process in which asylum seeker can express why they cannot safely return to their home countries, according to HRW.

Among the instances of physical abuse, one woman reported being repeatedly slammed on the ground in 2017 as she was arrested by border patrol agents near Mexicali, causing her to bleed. In 2018, a man told authorities he was knocked unconscious after being hit by an agent, and later told by doctors he had suffered brain swelling.

Meanwhile, a supervisory asylum officer in San Francisco documented that a mother had reported that her young daughter had been “forced to undress and touched inappropriately” by a guard after they were detained.

In another instance, a man reported that in 2018 an immigration officer attempted to solicit sex in exchange for his release.

The documented abuses go beyond attacks, including at least 27 instances where authorities possibly violated the asylum seeker’s right to due process.

In many of the cases, asylum seekers detailed authorities inaccurately recording statements regarding whether it was safe for them to return to their home country or compelling them to sign documents they did not understand.

In one instance, a man said a border patrol agent told him that “he was going to be sent to a jail where they were going to rape him” when he refused to sign a document.

A DHS spokesman told the Reuters news agency in the wake of the report’s release that the agency “does not tolerate any form of abuse or misconduct”.

The report calls on the US Congress, the Biden administration, and the US Departments of Justice and Homeland Security to investigate the allegations. 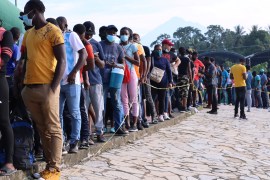 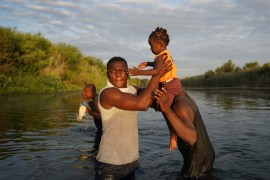 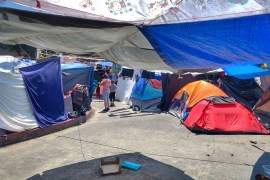