Thousands of Indian farmers marched overnight to reinforce protesting colleagues camping out on the outskirts of the capital, New Delhi, to press the government to withdraw three new farm laws they say will hurt their livelihoods.

In a standoff between riot police and the farmers, authorities on Thursday tried to clear a protest site at Ghazipur in the city’s east but most farmers refused to move and their leaders said any retreat would constitute surrender.

“Concerned over police high-handedness, thousands of farmers, who were not part of the protest, have now come to bolster our movement,” Rakesh Tikait, president of one of the largest farmers unions, the Bharatiya Kisan Union, told Reuters news agency on Friday.

Farmers say they would not budge.

“Even if the police comes, we will sit here, peacefully, until the laws are repealed,” Bhagwant Singh, 53, a farmer from Rampur in Uttar Pradesh, told the AFP news agency at the site.

Union leader Tikait comes from a politically influential farming community in Uttar Pradesh, India’s most populous state in the north.

On Thursday evening, he issued an emotional appeal to the nation to support their protest and declared he is “ready to face bullets” if needed.

In several villages, members of the dominant Jat community will gather on Friday to support the protest.

A huge crowd of people gathered at Ghazipur border where the farmers' protest against the three #FarmLaws is going on. RLD leader Jayant Chaudhary has arrived at the site to meet BKU spokesperson Rakesh Tikait and other farmers. pic.twitter.com/JY21hN232d

The police order to close Ghazipur camp came after violence during a “tractor rally” organised by thousands of farmers in New Delhi as India celebrated its Republic Day on Tuesday.

Some protesters broke away from the procession of tractors to break through barricades and clash with police, leaving one person dead and at least 400 injured.

A day later, farmer unions scrapped next week’s planned march on parliament on February 1, the day when the government unveils its annual budget, although nationwide rallies were still planned on Sunday.

Police sealed the Uttar Pradesh-Delhi border, while two key borders where farmers are protesting – Singhu, the epicentre of the two-month-old protests and Tikri – were placed under heavy security.

Tensions were high at the Singhu camp with many protesters carrying a stick, sword or axe – and even enormous ladles used in giant cooking pots at the camp’s kitchens – while regular announcements over a public annoucement system in Punjabi told people to stay awake and alert.

Two roads blocked by the protesters for weeks were cleared late Wednesday as two unions out of the 42 representing the farmers withdrew from the protest, each blaming other groups for Tuesday’s events.

“I am so ashamed and sad about [Tuesday] that I announce an end to our 58-day-long sit-in protest at this [Delhi] border,” one union leader, Bhanu Pratap Singh, announced on Wednesday.

Delhi police have signalled a tough line, saying they are studying footage and using face-recognition technology to identify and arrest those involved in the violence.

On Wednesday, police commissioner SN Shrivastava said the farmer unions, having promised that Tuesday’s tractor rallies would stick to agreed routes, had “backstabbed” the authorities.

“It was a minor blip. The government planned it and changed the direction of our tractor march, and they intentionally directed us towards the city centre,” Baljinder Singh, 32, from the northern state of Punjab, told AFP on Wednesday at Singhu.

Twitter has also suspended several hundred accounts, most of them outside India, which were sharing “fake and inflammatory” reports to incite religious or regional violence around the protest, Shrivastava said.

Farming has long been a political minefield, with nearly 70 percent of the 1.3-billion-strong population drawing their livelihood from agriculture.

The government says the industry is incredibly inefficient and in need of reform. But protesters fear the new laws deregulating the sector will leave them at the mercy of big corporations. 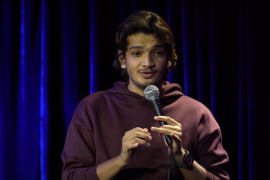 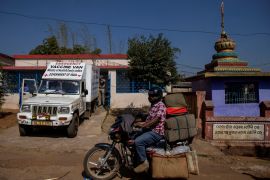 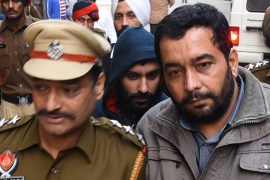 Jagtar Singh Johal, from Scotland, has been held in India since being arrested in November 2017.