Ho Chi Minh, Vietnam – Organisers of Vietnam‘s first Formula 1 Grand Prix have announced the postponement of the racing event scheduled in April amid the coronavirus pandemic that has so far killed more than 5,000 people worldwide.

“This has been a very difficult decision to reach,” the organisers said in a statement on Friday night.

It is unclear when the third-round race, originally set from April 3 to 5, will be rescheduled, or when ticket buyers, sponsors and partners will be informed of updates.

The announcement follows similar moves from other sporting groups, as the pandemic affects an array of events from basketball championships to football league tournaments on an unprecedented scale worldwide.

Before Friday’s announcement, the organisers had not commented about a possible postponement, even as the number of coronavirus cases in Vietnam escalated after a previously successful containment strategy.

On March 6, the race’s official website promoted a young Formula 1 driver who would be popular among Hanoi crowds while its official Facebook page announced “F1 hospitality packages” featuring access to a luxury lounge, the chance to meet legendary F1 drivers, and the opportunity to see and touch the championship trophy.

As recently as March 10, the website ran a guide on how to choose the best ticket category, with no updates on the epidemic in Vietnam. By then, the country had announced its 32nd case of infection.

The number of coronavirus cases in Vietnam has now risen to 53, with six new cases announced on Saturday. Of those cases, 16 were previously cured and discharged from the hospital.

Meanwhile, until Friday, followers of the race’s Facebook page had voiced their frustration, asking whether the event would be cancelled and refunds would be applied.

Hanoi would have been Formula 1’s fourth 2020 Grand Prix in Asia where races are also established in China, Japan and Singapore, which hosts a night race each September.

The decision to cancel the Vietnam leg of the race came a day after the Australian Grand Prix was cancelled. McLaren Racing had earlier announced its withdrawal from the Australian race, after one of its team members tested positive for the deadly infection in Melbourne.

At least 14 members of the McLaren racing team, including the confirmed case, have been under quarantine for 14 days, McLaren said on its website on Friday. That effectively knocked the McLaren team out of the race, as well as the now-postponed Bahrain Grand Prix, which was already scheduled to run without spectators on March 22.

In February, the Chinese Grand Prix scheduled for April 17-19 was also postponed.

Formula 1 on Saturday tweeted that it and the Federation Internationale de l’Automobile expected to begin the Championship in Europe at the end of May. However, this tentative schedule will be reviewed regularly due to the increase of new coronavirus cases on the continent.

Six-times Formula 1 world champion Lewis Hamilton endorsed the cancellation of the Australian Grand Prix on his social media account on Friday, saying, “This is the right decision.”

“No one wants this, we all want to get in our cars and get racing, but we have to be realistic and we must put health and safety first,” the British racer wrote.

At a press conference on Thursday, Hamilton had questioned why the season-opening race in Melbourne was still going ahead despite the health crisis, stating the reason as “cash is king“.

Enrico Zanarini, an Italian manager of Formula 1 drivers Antonio Giovinazzi and Antonio Fuoco, said both were “very happy” about the decision.

“They will not lose from this cancellation because they have a solid contract with Alfa Romeo and Ferrari and their careers are not at risk,” Zararini told Al Jazeera.

Citing Forbes, Maxfield Brown, a South Korea-based American business management consultant, said the cancellation of the Vietnam race could cost $35m in hosting fees and more than $11m for the local sponsor.

“F1’s best course of action at this stage will be to clarify their intention to refund customers immediately and to provide updates on social media as often as possible,” he told Al Jazeera.

On Friday, the World Health Organization (WHO) warned that Europe has now become the epicentre of the pandemic.

After the WHO announcement, Vietnam said on Saturday that citizens of the United Kingdom and countries in the Schengen Area, as well as people who have visited those countries in the past 14 days, even in transit, would be denied entry to Vietnam as of March 15. The restriction will be in place for 30 days.

Vietnam has also temporarily suspended the unilateral visa waiver for citizens of Italy, South Korea, as well as eight other European countries; Denmark, Norway, Finland, Spain, Sweden, the United Kingdom, Germany and France. Many of the race participants come from Europe.

As the coronavirus cases in Vietnam re-emerged after several days without new cases, the 17th patient has been targeted online, accused of shattering the country’s hope of being cleared of the virus.

The patient, who is currently being treated in a Hanoi hospital, is the only person referred to by their full name on the government portal’s updates on the city’s cases.

Twelve of the country’s new cases flew on a Vietnam Airlines flight with the 17th patient, who was in business class. One of them is Vietnamese and the remainder are foreigners.

Vietnam’s Planning and Investment Minister Nguyen Chi Dung, who sat several rows from the infected patient, tested negative. He is currently in self-quarantine at home.

Local media reports said the patient, who visited London, Milan and Paris and returned to Hanoi, has two passports, one Vietnamese, the other British.

Upon her return, she reportedly used her Vietnamese passport, which did not show an Italian visa stamp, resulting in authorities becoming unaware of her stay in Europe, where the cases have now exploded to the tens of thousands.

Ngoc Ha, a Japanese language teacher in Hanoi, expressed frustration about the return of the virus to Vietnam and how it resulted in the cancellation of her classes. But she also said that she disapproved of how the infected patient was being treated, with people seeking out her personal information and posting it online.

On Friday, Prime Minister Nguyen Xuan Phuc ordered “all stricken areas” to be sterilised to minimise risk. Everyone was also required to wear face masks in public places, while foreigners were requested to wear them upon arrival, the PM said.

At the same time, Vietnamese financial institutions were directed by the State Bank of Vietnam to disinfect cash, and store the sterilised banknotes for a period, before returning them to the market. 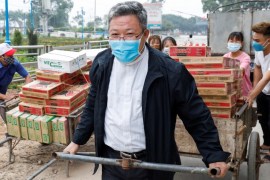 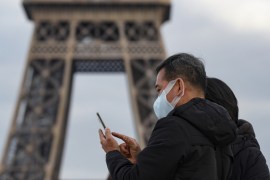 France closes down most shops, restaurants and entertainment centres and asks people to stay home as much as possible. 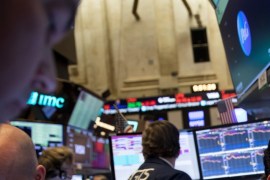 Will the coronavirus pandemic cause a global recession?

Stock markets around the world have had a turbulent week, with some of the worst losses in over 30 years.