Countries across Central America have taken drastic steps to brace for a potential public health crisis from coronavirus even as the region has confirmed a small number of cases compared to other affected countries.

Leaders and experts worry the countries are doubly vulnerable because of weak, resource-stripped healthcare systems, leading them to take extreme preventive measures.

These decisions could affect the health of millions of citizens and the already struggling economies of small countries that get a boost from tourism dollars.

As of Thursday, Costa Rica’s health ministry confirmed 23 cases of coronavirus, the most out of any country in Central America. Panama reported the first death from coronavirus in the region on Tuesday. At least 14 people in the country have tested positive for the virus. Honduras confirmed its first two cases on Wednesday of citizens who tested positive for coronavirus after returning from Europe. Guatemala on Friday reported its first case of the virus.

El Salvador, Nicaragua and Belize have yet to confirm any cases.

But the low number of confirmed cases has not prevented these countries from taking action, a move they say will prevent the virus from taking a deadly toll on their citizens as it has in China, South Korea, Italy and other countries.

On Wednesday, El Salvador’s president Nayib Bukele introduced some of the most drastic isolation measures seen so far in a country without a single confirmed case of coronavirus. In a news conference, he ordered a nationwide quarantine that requires schools to close for 21 days. Only citizens and residents will be allowed in the country during this time, and they will have to quarantine for 30 days, regardless of their symptoms.

The surprise announcement sent the main airport into chaos on Wednesday night as foreigners were unexpectedly denied entry into the country and returning citizens were forced to wait for hours for medical exams. The situation grew so tense that some disgruntled passengers tried to force their way out of the airport, according to Salvadoran reporter Karla Arevalo.

Neighbouring Guatemala has also taken serious precautions against the virus. On Thursday, Guatemalan legislators voted in favour of a state of emergency to allow the government to contract more services to address the crisis. The day before, the country announced it would not allow the entry of anyone from Europe, China, Iran, South Korea or North Korea in an attempt to control the spread of the virus.

“I apologise to those annoyed by the measures that I am taking, but my responsibility as president is to protect the residents of this country,” President Alejandro Giammattei said at a news conference on Wednesday.

Other countries in the region have taken other less drastic preventive measures. Honduran President Juan Orlando Hernandez ordered a special screening protocol be put in place for travellers coming from Italy or China. On Thursday, Costa Rican President Carlos Alvarado Quesada announced some schools would close and international travel would be restricted for government employees. The Nicaraguan health ministry said on Wednesday that it has taken extra steps to detect cases of anyone entering the country and is preparing hospitals for potential cases. Some universities in Panama have decided to suspend classes.

“Part of our obligation is to be responsible and take care of ourselves,” said Soraye Castro Gonzalez, president of Costa Rican NGO Fundacion Adamas, which works with cancer patients, who are vulnerable to coronavirus because they are immunocompromised. She supports the measures taken by the Costa Rican government. “It is a disease that can be contained and we must remain calm.”

In countries with underfunded healthcare systems where limited resources are often further pilfered through corruption, there is serious concern that the spread of the virus could lead to many preventable deaths.

“We are underdeveloped countries, and there is a lot of worry about the health system,” said Katty Tobar de Rivas, national health adviser in El Salvador for NGO Fundacion EDUCO.

Tobar de Rivas said that isolating El Salvador could be a positive measure considering the limits of the country’s underfunded healthcare system.

In neighbouring Honduras, the healthcare system has been on the border of collapse for years, leading doctors and citizens to take to the streets last year in protest. In recent months, the country struggled to treat a dengue epidemic in which nearly 200 people have already died.

“We have a health system that is collapsed with the normal attention in hospitals,”  said Suyapa Figueroa, the president of the Honduran Medical College. “For us, this will be an incredibly difficult situation to handle because we are sure it will exceed the capacity that we have.” 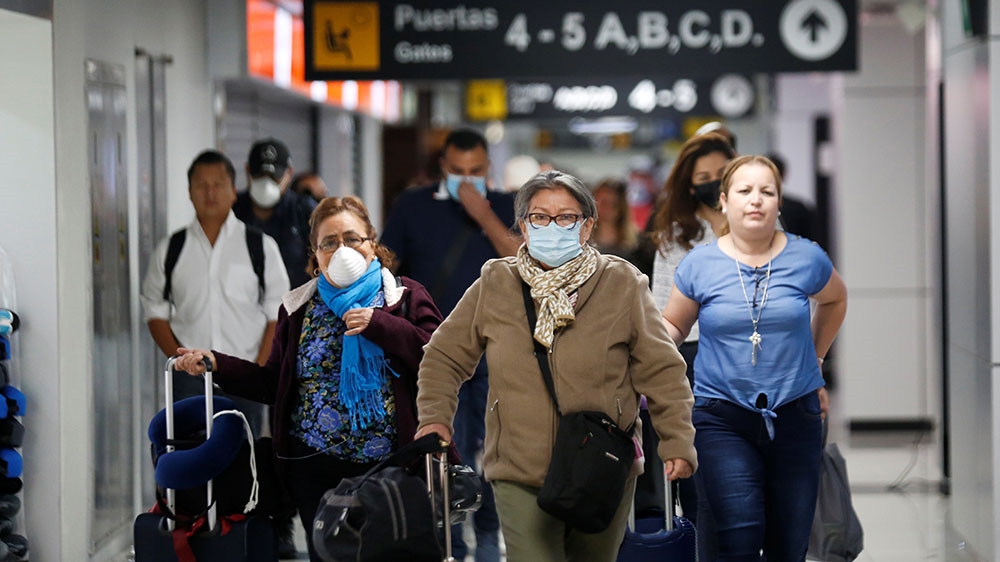 Figueroa estimates the country only has about 60 medical ventilators in public hospitals, a wildly insufficient number in the case of the spread of coronavirus, which often causes respiratory problems. She criticised the government’s response for being “improvised” and recommended a more coordinated response driven by the advice of health experts.

While preventative measures are meant to help these healthcare systems survive a public health crisis, they will likely have devastating effects on the economies of these small countries.

In El Salvador, for example, a national quarantine will likely affect local businesses. El Salvador’s National Association of Private Enterprise urged businesses to take the necessary precautions to protect employees and asked for the government to adopt “measures that are effective and proportionate to the evolution of the virus in the country, protecting the wellbeing of Salvadoran families and avoiding actions that provoke serious harm to the economy and employment,” in a statement shared with Al Jazeera.

Salvadoran President Bukele has assured citizens he has weighed the economic impact of his decision.

“The economic impact pales in comparison to the number of deaths and illnesses that we could have with a pandemic that even Italy, South Korea, and Germany are not prepared to stop, much less El Salvador or any other country in the region,” Bukele said Wednesday.

In Central American countries that receive hundreds of deportees from the United States each week – mainly El Salvador, Guatemala and Honduras – deportations pose a serious risk for the spread of  coronavirus, leading some civil society organisations to call for the suspension of deportations if countries truly want to protect citizens.

In Guatemala, a 20-year-old deported from Miami this week was suspected of having coronavirus, but it turned out to be a false alarm. Still, the case highlighted the risk.

“When we talk about migrants, we are talking about vulnerable people without resources,” said Mauro Verzeletti, director of migrant shelter Casa del Migrante in Guatemala City, who said that migrants could be more likely to contract the disease after long, gruelling journeys to the US that weaken their immune systems and put them in tight, often unsanitary spaces in detention.

He called on the US to stop deportations to the country to prevent the potential spread of the disease – or to at the very least implement a rigorous screening process for all deportees.

In El Salvador, civil society made similar calls to suspend deportations. Cesar Rios, director of the Salvadoran Institute for Migration, called on President Bukele to ask the US to temporarily halt deportations given that migrants held in detention are a vulnerable population that could quickly catch and spread the disease. The organisation sent a formal letter to the foreign minister with this request, but has yet to receive a response.

On Tuesday, Honduras suspended deportation flights from Mexico citing an inability to quarantine people and fears that the public healthcare system cannot adequately handle the problem. But deportations continue from the US, which has more confirmed cases than Mexico.

On Thursday, US Customs and Border Protection chief Mark Morgan confirmed the US would continue deportations.

“In this moment, the US should seek more solidarity instead of building more walls,” Verzeletti said.