Vote counting has begun in Niger after an election that could lead to the country’s first peaceful transition of power since its independence from France 60 years ago.

Almost 7.5 million people cast their vote on Sunday to choose a successor to President Mahamadou Issoufou who is stepping down after two five-year terms leading the country of 23 million.

Results are expected within five days and it could take two weeks for them to be ratified by the constitutional court.

A winner will need 50 percent of the vote plus one to avoid a runoff, otherwise, a second round involving the top two candidates takes place in February.

Hama Amadou, who finished as a runner-up in the last election, was barred from running because of a criminal conviction, leaving the opposition without an obvious figurehead until last week, when his party called on its supporters to turn out for Mahamane Ousmane, who was president from 1993 to 1996.

Elections were held amid security concerns.

Al Jazeera’s Ahmed Idris, reporting from the capital Niamey, said: “It was widely anticipated that there would have been violence during these elections, but so far the number of attacks or incidents recorded has been minimal.”

He added that “officials believed it has been a tremendous success for Niger, a country sandwiched between violent groups in the north, west and south of the country”.

In recent years, Niger has been plagued by deadly attacks by armed groups in neighbouring countries such as Mali and Burkina Faso.

Earlier this month, 27 people died in an attack claimed by Boko Haram.

But security is not the only concern for the people in Niger.

The country’s economy has been hit hard by the coronavirus pandemic with a fall in the price of its top export uranium.

It has also suffered due to the closure of the border with Nigeria, a key gateway for the import of essential goods.

“Every time, I do this [vote] as a duty to our country,” Hussaini Adam, who has voted in every election since independence, told Al Jazeera.

“But I also expect our leaders to fix our problems.” 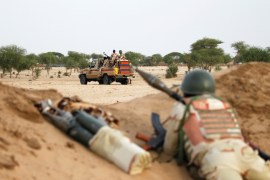 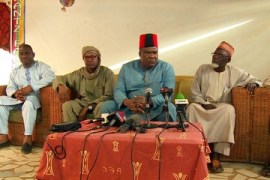 Civil society organisations in Niger have called for protests to demand action against increased attacks by armed groups in the Sahel region. 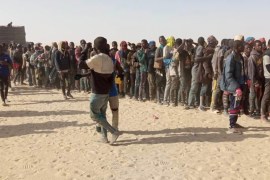 Hundreds of migrants stuck in Niger amid coronavirus pandemic

As countries close borders to curb spread of coronavirus, aid groups in Niger ‘overwhelmed’ by requests of support.