The US presidential race between President Donald Trump and Democratic challenger Joe Biden continues to dominate the news.

But other important things are happening.

The attack, on a day of heavy rain, targeted Idlib city and two towns, to the north and south. Read full story here.

Israel’s army has demolished homes of nearly 80 Palestinians in the occupied West Bank.

Eighteen tents that housed 11 families in the northern village of Khirbet Humsa were razed. A total of 74 people were displaced, more than half of which were minors. Read the story here.

Indian police said they have arrested a firebrand television news anchor and charged him with abetment to suicide in connection with the 2018 deaths of an interior designer and his mother. Read more here.

The death toll in last week’s Aegean Sea earthquake has risen to 116 as rescuers in the Turkish resort city of Izmir finished searching buildings that collapsed in the quake. Read more here.

And finally, a ‘good news’ story: ‘Surviving torture in a Syrian prison made me who I am today’

Omar Alshogre writes for us about his journey from Syria’s notorious Branch 215 prison to the US’s Georgetown University.

“Suppressing political opponents through force and torture is what dictators do. Today, for merely calling for their freedom, more than 100,000 civilians are suffering in Syria’s detention centres. I used to be one of them when I was still just a child.” 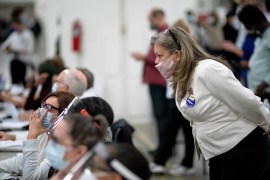 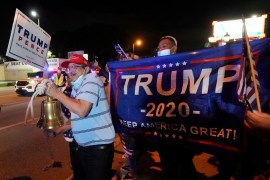 Surge in Latino support for Trump helps him win Florida

A wave of support from Hispanic voters gave President Donald Trump a narrow victory in battleground state of Florida. 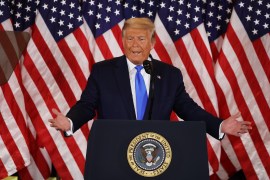