A lawyer for Meng Wanzhou has accused a top Canadian law enforcement officer of engaging in a “cover-up”, as the Huawei executive continued to fight extradition from Canada to the United States.

Fenton alleged Vander Graaf had deviated from her initial court submissions as to whether RCMP officers had sent Meng’s electronic serial numbers to the US Federal Bureau of Investigation (FBI).

In a sworn statement in 2019, Vander Graaf said she did not recall events related to the serial numbers.

But on Wednesday, she testified in the Supreme Court of British Columbia that an RCMP constable told her that the numbers were sent to the FBI.

“I suggest … you tailored your evidence to suit what you think protects the RCMP,” Fenton said on Thursday.

Vander Graaf rejected the accusation she engaged in a cover-up as “absolutely not true”. She said in court on Thursday that she remembered details she did not recall when she swore the affidavit last year.

Canadian law enforcement officials arrested Meng, the chief financial officer of Chinese telecom giant Huawei, in December 2018 on a warrant from the US.

US authorities accuse her of misleading HSBC bank about Huawei’s business dealings with Iran, violating US sanctions on that country.

Meng, who is under house arrest in Vancouver, has repeatedly denied the charges.

The extradition case has spurred tensions between China and Canada, which have engaged in a heated war of words since Meng’s arrest. 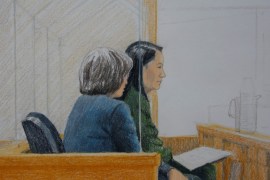 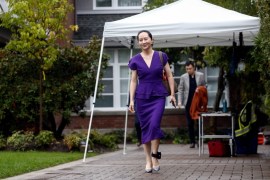 The case has become an issue in ongoing trade war between China and United States. 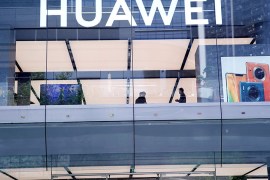