Human rights workers and activists have condemned the Bahraini government for its use of citizenship revocation as a “political tool” to crack down on dissent.

In a virtual event on Thursday organised by Americans for Democracy and Human Rights in Bahrain (ADHRB) and titled Citizenship in Bahrain, Right or Privilege, organisers and participants marked eight years since the Gulf Arab state revoked the nationality of 31 citizens.

The move was the first in a series of similar citizenship revocations.

Abdulghani al-Khanjar, a leading Bahraini political activist whose nationality was stripped by the government, said that the authorities have used citizenship revocation as a “tool to terrorise activists and their families and deny them of their political and civic rights”.

Bahrain was the first Gulf Arab state to have experienced significant unrest during the 2011 Arab Spring. The Bahraini government, which has faced protracted unrest among the country’s Shia community, said at the time that the move targeted men who had damaged its national security.

Bahraini human rights activist Hussain Abdulla, who moderated the discussion, was among the group of men whose citizenship was revoked in 2012.

Other prominent names included London-based dissidents Saeed al-Shehabi and Ali Mushaima – the son of jailed opposition leader Hassan Mushaima – and two former parliamentarians from the leading Shia party al-Wefaq, Jawad and Jalal Fairooz, according to reports at the time.

Abdulla, who is also the executive director of the ADHRB, said hundreds of Bahrainis have since been stripped of their nationality, adding that unlike himself – a dual United States national at the time – most of them were left stateless.

Al-Khanjar, who was arrested in 2010 along with other activists, said he was tortured in prison for six months before being released and going into hiding for two years. He eventually fled to Tehran and has since been given a 30-year prison sentence in absentia.

Al-Khanjar added that Bahrain’s Sunni ruling family has used citizenship revocation as a “sectarian tool” against the country’s majority Shia population, and as a means to crack down on dissent and the opposition more generally.

The government has denied that it represses the opposition or targets the Shia community, justifying its moves as a means to protect national security against alleged “terrorist” groups backed by Iran.

Since protests erupted in the kingdom in 2011, the Bahraini government has prosecuted hundreds of political and human rights activists and journalists in mass trials, banned opposition groups and revoked the citizenship of about 1,000 nationals, according to human rights organisations and activists.

Many of those stripped of their nationality were given back their citizenship under an amnesty in 2019.

According to al-Khanjar, about 400 activists remain stripped of their citizenship.

“The Al-Khalifas [Bahrain’s ruling family] think that citizenship is a privilege they can take away from people,” he said, calling on the new administration of United States President-elect Joe Biden to pressure the Gulf state into changing its approach.

Also speaking at the virtual event, Zahra Albarazi, an independent consultant on statelessness, said that citizenship revocation was being used by states, including Bahrain, as “a political tool” – in violation of international law, as it left people stateless.

“There are very strict conditions [under international law] when it comes to stripping people of their citizenship – especially if it will leave them stateless, which is the situation with the majority of the cases [in Bahrain],” said Albarazi.

“It is a very easy method to silence the opposition. If you are trying to delegitimise a group of people’s voices, taking away their citizenship, take away their right to speak about national issues.

“It silences opposition, because they know the consequences of becoming stateless and being left completely without any rights,” she said.

Courtney Radsch, advocacy director at the Committee to Protect Journalists, said the practice was also used to suppress freedom of expression and freedom of the press with the Bahraini government targeting many journalists and bloggers.

“There are numerous journalists and bloggers who are imprisoned, and in some cases denied adequate medical treatment. This has been an ongoing problem for years,” she said.

Mouna Ben Garga from the World Alliance for Citizen Participation [CIVICUS] said that Bahrain was at the forefront of states using the practice.

She added that the revocation of citizenship was not unique to Bahrain, however, and that many governments across the Middle East and North Africa region, and even the US and United Kingdom, have used it against their citizens.

“Revocation of citizenship is one of several tactics to repress people,” said Ben Garga.

“By revoking one’s citizenship, you revoke their civic right to hold their government accountable and to participate in civic life.” 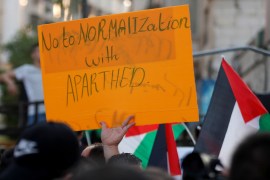 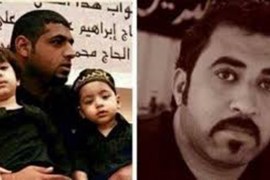 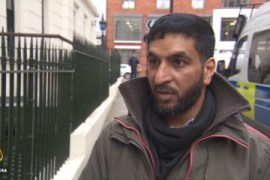 Bahraini activist claims diplomatic staff tried to push him off the roof then tried to kill him inside the embassy.