Snakes – including the Chinese krait and the cobra – may be the source of the newly discovered 2019-nCoV coronavirus that triggered an outbreak of infectious respiratory illness in China, according to scientists.

The illness was first reported in late December 2019 in Wuhan, a large city in central China, and has spread rapidly, killing at least 25 people and infecting 830 in China as of January 24. Infected travellers from Wuhan have spread the virus in China and other countries including Thailand, Japan, the United States and the Philippines.

Scientists in China have been able to determine and document the genetic code of the new virus, leading to its positive identification as a new strain of coronavirus.

Further research published by scientists from five Chinese universities presented a study of the genetic code of 2019-nCoV, finding that it was distinct from but closely related to SARS-like coronavirus samples from bats.

This means that 2019-nCoV originated as a zoonotic virus, or one that was transmitted from animals to humans, but there is now evidence to suggest human-to-human transmission.

A more detailed analysis of the 2019-nCoV sequence and protein codes by the Chinese scientists suggested that this coronavirus might come from snakes.

There are reports that live animals, including snakes, were being sold in the seafood market in Wuhan where the outbreak is suspected to have originated.

While there are no definitive findings, a theory has been posited that 2019-nCoV could have jumped from an original host species – bats – to snakes and then to humans.

It also remains to be determined whether the virus adapted in order to survive in a warm-blooded – human – host after being in a cold-blooded one.

2019-nCoV is not the first zoonotic virus or bacteria to have caused an outbreak. Here are others that caused worldwide outbreaks:

According to the World Health Organization (WHO), Ebola was thought to have originated from fruit bats. Other animal hosts that could infect a human include chimpanzees, gorillas, monkeys, forest antelopes and porcupines.

Transmission of the Ebola virus occurs upon close contact with the blood, secretions, organs or bodily fluids of infected animals found ill or dead in the rainforest. Blood or body fluids of a person who is sick with or has died from Ebola, as well as belongings that have been contaminated with their bodily fluids, can also lead to contracting the virus, the WHO said.

Most of the Ebola outbreaks since its discovery in 1976 occurred in Africa, based on the study conducted by the US Center for Disease Control and Prevention (CDC).

HIV, or human immunodeficiency virus, is believed to have been passed to humans from a type of chimpanzee in Central Africa, according to the US CDC.

HIV infects the cells of the body’s immune system, rendering it more susceptible to infections and complications.

According to the WHO, the term AIDS, or acquired immunodeficiency syndrome, is applied to the most advanced stage of HIV infection, as identified by the occurrence of an infection or HIV-related cancer associated with severe immunodeficiency.

HIV/AIDS continues to claim lives, with more than 32 million deaths as of 2019. Approximately 37.9 million people were living with HIV at the end of 2018, according to the WHO.

Transmission can occur after the exchange of body fluids such as saliva, breast milk, blood, semen and vaginal secretions.

Antiretroviral therapies can slow the progression of the disease but it is not accessible to millions living with HIV/AIDS.

Plagues have existed for centuries.

The Black Death, an epidemic of bubonic plague, killed an estimated 25 million people, starting from China and spreading to Europe, starting from 1334 to the late 1340s.

Throughout history, there have been three main forms of plague: Bubonic, septicaemic and pneumonic. They are caused by the bacteria Yersinia pestis found in small mammals and their fleas.

All continents have gone through a plague – one of the deadliest diseases in human history – at some point except for Oceania.

Identified in 2003, the SARS – severe acute respiratory syndrome – coronavirus is believed to have originated from bats and later passed on to other animals such as civet cats.

The first report of humans infected with the virus was in Guangdong province of southern China in 2002, according to the WHO.

From November 2002 through July 2003, a total of 8,098 people worldwide became sick with SARS that was accompanied by either pneumonia or respiratory distress syndrome (probable cases), according to the WHO. Of these, 774 died.

There is no cure for SARS, but there are treatments such as breathing assistance, antibiotics, steroids and antiviral medicines.

Identified in 2012, the origins of the MERS – Middle East respiratory syndrome – coronavirus are not fully understood, however, the genomes suggest that it originated in bats and passed to camels.

Studies have shown that humans were infected through direct or indirect contact with infected camels. The disease, which was reported in 27 countries, was not as widespread as SARS.

According to the WHO, there have been 2,494 laboratory-confirmed cases, 80 percent of which were reported in Saudi Arabia.

The fatality rate for the disease is approximately 35 percent, with 858 deaths since the outbreak.

About 99 percent of transmissions of rabies is through dogs, though bats account for the majority of human rabies deaths in the Americas.

Most rabies-related deaths occurred in Africa and Asia, accounting for 95 percent of world rabies deaths.

Transmission occurs through deep bites, scratches as well as infectious material, such as saliva, coming into direct contact with human mucosa and fresh wounds, according to the WHO.

According to the WHO, there are an estimated 59,000 human deaths annually in more than 150 countries.

A number of animals can transmit influenza, as the world saw with avian and swine flu.

Direct contact with infected animals or contaminated environments is how these viruses are transmitted, the WHO said.

According to the US CDC, symptoms of influenza include fevers, chills, cough, sore throat, runny nose, headaches, body aches, fatigue, diarrhoea and vomiting.

Worldwide, influenza results in about 3 to 5 million cases of severe illness annually, and about 290,000 to 650,000 respiratory deaths.

Nipah virus can be transmitted to humans from animals (such as bats or pigs), or contaminated foods and can also be transmitted directly from human-to-human. Fruit bats of the Pteropodidae family are the natural host of Nipah virus.

Although Nipah virus has caused only a few known outbreaks in Asia, it infects a wide range of animals and causes severe disease and death in people, making it a public health concern.

Nipah virus was first recognised in 1999 during an outbreak among pig farmers in, Malaysia. No new outbreaks have been reported in Malaysia since 1999. 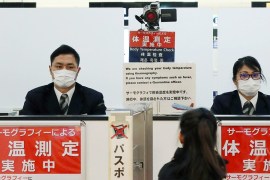 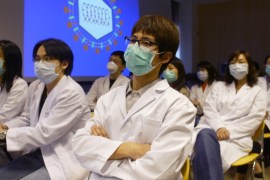