A strong earthquake has destroyed buildings and triggered landslides in the Maluku Islands in Indonesia‘s east on Thursday morning, leaving at least 20 people dead.

“The total number of people who died in the earthquake is 20,” Agus Wibowo, spokesman for the national disaster agency, said in a statement on Thursday.

Terrified people ran into the streets as buildings collapsed around them in Ambon, a city of about 400,000 people.

“The impact was felt across Ambon city and surrounding areas,” said Rahmat Triyono, head of the earthquake and tsunami division at Indonesia’s Meteorology, Climatology and Geophysical Agency (BMKG).

“Many people were woken up by the shaking… it felt like a truck was passing by.”

The area was hit by at least two dozen aftershocks, including one that measured 5.6 magnitude, Triyono said.

Albert Simaela, a local disaster official, told the Associated Press that parts of a building at a university collapsed, while a main hospital in the city had also been damaged. Patients were evacuated to outdoor tents in the hospital’s yard, he said.

The earthquake was centred 37 kilometres northeast of Ambon at a depth of 29 kilometres, according to the US Geological Survey.

BMKG’s Triyono said the earthquake did not have the potential to cause a tsunami, but witnesses told television stations that people along coastal areas ran to higher ground in fear one might occur.

“The tremor was so strong, causing us to pour into the streets,” said Musa, an Ambon resident who uses a single name. He said there was no damage or injuries in his neighbourhood, but he said people on social media chatted about damage elsewhere in the city.

The national disaster mitigation agency said authorities were still gathering information about the impact of the earthquake.

With a population of about 1.7 million, Maluku is one of Indonesia’s least populous provinces.

Indonesia, home to more than 260 million people, is prone to earthquakes and volcanic eruptions due to its location along the “Ring of Fire,” the string of seismic faults around the Pacific Ocean.

In September 2018, Palu, on the island of Sulawesi west of Maluku, was devastated by a 7.5-magnitude earthquake and a powerful tsunami it unleashed, killing more than 4,000 people. 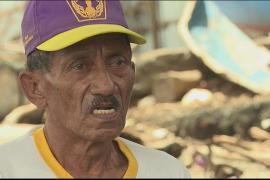 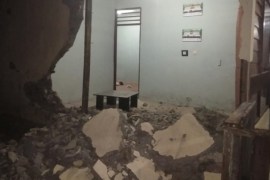 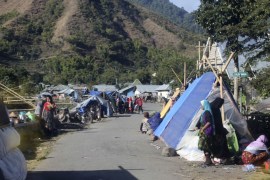