Amnesty International is urging UN member states to use the next Human Rights Council session on Palestine to demand the release of a database of companies operating in the illegal Israeli settlements.

In a new report published on Friday, the rights organisation stressed that the Office of the United Nations High Commissioner for Human Rights (OHCHR) has repeatedly delayed publication of the database, despite initial plans to release it in March 2017 itself.

“It has become increasingly clear that the delay is in part because certain states are bringing extensive political pressure to bear, not just to put off the database’s release, but to stop it being made public at all,” said the report.

“In other words, some powerful states in the UN are lobbying the High Commissioner to simply ignore the mandate she has been given by the Council, or to interpret the mandate in a way that strains all credibility: either by not mentioning companies’ names or not releasing the database at all.”

In March 2016, the UN Human Rights Council charged the High Commissioner for Human Rights with creating a database to be updated annually of businesses involved in activities that “directly and indirectly, enabled, facilitated and profited from the construction and growth of the Israeli settlements” and “raise particular human rights violations concerns”.

Activities include the supply of construction and surveillance equipment; the supply of surveillance, security, banking and financial services; the exploitation of natural resources, and the supply of services and utilities supporting the maintenance and existence of settlements, the report said.

The database is meant to ensure transparency and help businesses and the countries where they are based to ensure they are not committing human rights violations of Palestinians.

Approximately 600,000-750,000 settlers live in about 150 illegal settlements across the West Bank and the occupied East Jerusalem, built on land the Palestinians had envisioned for a future state.

A UN Security Council resolution adopted in December 2016 stated that Israel’s settlements have no legal validity and constitute a flagrant violation of international law, as well as a major obstacle to the two state solution.

It reiterated its demand that Israel immediately and completely cease all settlement activities.

However, new data published last week by the Associated Press shows that settlement construction in occupied East Jerusalem has spiked since US President Donald Trump took office in 2017.

“For decades, official condemnation and quiet diplomacy have failed to bring about necessary change. Now more than ever is the time for concrete action,” the report read.

“The UN has the potential to change the status quo in Israel and the Occupied Palestinian Territories. The OHCHR should fulfil the mandate given to it by the UN Human Rights Council by compiling, publishing and regularly updating a database of businesses operating in illegal Israeli settlements.”

The report said that if UN member states insist the High Commissioner to comply with the Human Rights Council’s mandate, this will bring “transparency to business activities in Israeli settlements, facilitate states’ compliance with international law and expedite companies’ progress towards respecting human rights”. 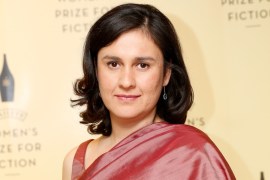 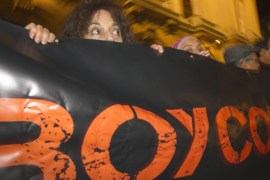 From spying to lobbying, Israel’s fight against BDS intensifies

Israel uses a number of diplomatic and security tactics to counter the boycott, divestment and sanctions movement.