Two people, including a police official and a rebel, have been killed in a gun battle in Indian-administered Kashmir, police said.

The clash in Baramulla district’s Ganie-Hamam area on Wednesday was the first to be reported by the authorities since India revoked the autonomy of the Muslim-majority region it administers and imposed a curfew and communications lockdown earlier this month.

A statement sent to Al Jazeera by the police said rebels fired a grenade wounding two policemen, one of whom died later in the hospital.

The Kashmiri rebel killed in the gun battle has been identified as Momin Gujri, a resident of Baramulla and member of the rebel group Lashkar-e-Taiba (LeT), the statement added.

Meanwhile, Pakistan said three of its civilians died in Indian gunfire from across the Line of Control (LoC), the de facto border dividing the disputed territory.

The Press Trust of India news agency quoted officials as saying one Indian soldier died and four were wounded when Pakistani troops opened fire on forward posts and villages along the LoC in the Poonch district on Tuesday.

Protests have erupted in Kashmir’s main city of Srinagar in response to the Indian government’s controversial move to abrogate Article 370of the Indian constitution – which accorded the Jammu and Kashmir state a degree of autonomy.

In the lead-up to the move, India sent thousands of additional troops to the disputed region, imposed a crippling curfew, shut down telecommunications and internet, and arrested political leaders.

At least 4,000 people have been detained in Indian-administered Kashmir since August 5, AFP news agency said, citing security and government sources.

Pakistan, which also lays claim to the Kashmir territory in its entirety, said on Tuesday it would challenge India’s move at the International Court of Justice.

US President Donald Trump, who had previously spoken of his willingness to mediate, once again said on Tuesday he would raise the issue over the weekend with Indian Prime Minister Narendra Modi when the two leaders will be in France for the G7 summit.

“Kashmir is a very complicated place. You have Hindus and you have the Muslims and I wouldn’t say they get along so great,” Trump told reporters at the White House. “I will do the best I can to mediate.”

A senior US official, who recently returned from a visit to Kashmir, called on India to quickly release detainees and restore basic liberties.

“We continue to be very concerned by reports of detentions, and continued restrictions on the residents of the region,” the official told reporters on condition of anonymity.

“We urge respect for individual rights, compliance with legal procedures and an inclusive dialogue.”

On Tuesday, British Prime Minister Boris Johnson told Modi in a phone call that the Kashmir dispute must be resolved between India and Pakistan alone, the Downing Street said.

An Indian statement said Modi had raised with Johnson the “violence and vandalism perpetrated by a large mob against the High Commission of India in London” on August 15.

Several thousand people protested in London on India’s independence day over its Kashmir move. Police separated them from a smaller pro-Indian counter-demonstration and made at least one arrest. 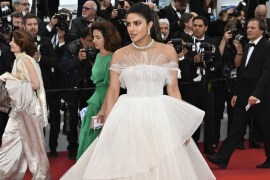 Pakistan calls on UNICEF to remove the Indian actress as goodwill ambassador, accusing her of supporting a nuclear war. 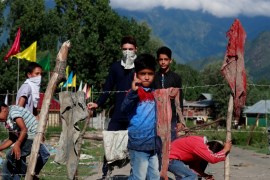 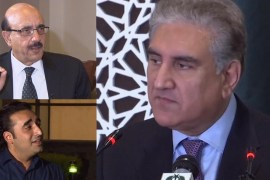 Kashmir tensions: ‘War is not a solution’