The world is on course for “climate apartheid”, where the rich buy their way out of the worst effects of global warming while the poor bear the brunt, according to a United Nations human rights expert.

Philip Alston, the special rapporteur on extreme poverty and human rights, issued the warning in a new report submitted to the UN Human Rights Council on Tuesday.

“Climate change threatens to undo the last 50 years of progress in development, global health, and poverty reduction,” Alston said in a statement. “It could push more than 120 million more people into poverty by 2030 and will have the most severe impact in poor countries, regions, and the places poor people live and work.”

While people living in poverty were responsible for just a fraction of global emissions, they have the least capacity to protect themselves, Alston said.

“We risk a ‘climate apartheid’ scenario where the wealthy pay to escape overheating, hunger and conflict while the rest of the world is left to suffer,” he added.

There was no shortage of global alarm bells over climate change – including record temperatures, rapidly melting icecaps, unprecedented wildfires, as well as more frequent floods and hurricanes – but they “seem to have remained largely unheard so far,” the report said.

Speaking to Al Jazeera from Marseille in France, Alston condemned world leaders for failing to act and called for “societal transformation” to address the threat.

The world was “sleepwalking into a climate change horror story,” Alston said. “If there is going to be any chance of preventing horrific global warming we need to be undertaking dramatically affirmative measures now,” he said.

“The only solution is for governments to adopt a major re-engineering of the economies.”

In his report, Alston said business was supposed to play a vital role in coping with climate change, but could not be relied on to look after the poor.

He cited vulnerable New Yorkers being stranded without power or healthcare when Hurricane Sandy hit in 2012, while “the Goldman Sachs headquarters was protected by tens of thousands of its own sandbags and power from its generator”.

Relying exclusively on the private sector to protect against extreme weather and rising seas “would almost guarantee massive human rights violations, with the wealthy catered to and the poorest left behind”, he wrote.

The report criticised governments for doing little more than sending officials to conferences to make “sombre speeches”, even though scientists and climate activists have been ringing alarm bells since the 1970s.

“States have marched past every scientific warning and threshold, and what was once considered catastrophic warming now seems like a best-case scenario,” he went on, adding that the fossil fuel industry is continued to be subsidised with $5.2 trillion a year.

Since 1980, the United States alone had suffered 241 weather and climate disasters costing $1bn or more, at a cumulative cost of $1.6 trillion.

There had been some positive developments, with renewable energy prices falling, coal becoming uncompetitive, emissions declining in 49 countries, and 7,000 cities, 245 regions, and 6,000 companies committing to climate mitigation.

However, despite ending its reliance on coal, China was still exporting coal-fired power plants and failing to crack down on its own methane emissions; and Brazil President Jair Bolsonaro planned to open up the Amazon rainforest for mining, end demarcation of indigenous lands, and weaken environmental protection. 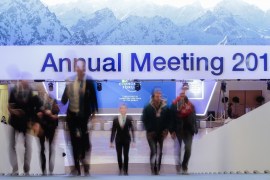 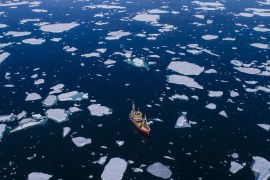