By
Maram Humaid and
Linah Alsaafin

Gaza City – A Palestinian rocket struck Israel and the Israeli military conducted an air raid in Gaza despite a ceasefire announced by Hamas, but the exchange of fire appeared to end overnight on Wednesday.

There were no immediate reports of any damage or casualties from the latest rocket fire, which the Israeli army said was launched at around 8pm (18:00 GMT).

Hamas, Islamic Jihad and other groups said “the rocket that hit near Ashkelon was the work of an individual and the factions are committed to calm” – as long as Israel is.

A security source in Gaza said an air raid hit a Hamas military base in Khan Yunis following the projectile launched at Israel.

A fraught quiet has settled over the Gaza Strip after Israeli air raids on the besieged coastal enclave that began on Monday after a rocket strike on a home in central Israel.

An Egyptian-brokered ceasefire, announced around 19:00 GMT on Monday, was confirmed by a Hamas spokesperson, but the exchange of fire between armed groups in Gaza and the Israeli military continued, residents in the strip said.

The latest flare-up took place after a long-range missile was fired from Gaza into the Israeli community of Mishmeret – 20km north of Tel Aviv – early Monday, wounding seven people.

No group from Gaza has claimed responsibility, but Israel blamed Hamas, the movement that rules the strip, and deployed tanks and reservists at the Israeli fence east of the Gaza Strip.

The Israeli army confirmed its warplanes carried out 15 bombardments in the Gaza Strip.

According to the Gaza Ministry of Health, seven Palestinians were injured.

“We were shocked when we received a phone call from the Israeli army last night telling us to evacuate our home within seconds,” the father of one told Al Jazeera.

The residential building he lives in, which consists of three floors, is owned by four Ghazali families and also hosts the al-Multazem Insurance Company. All the families living in the area evacuated their homes as well.

An F-16 missile levelled the building in a cloud of dust.

“I have no words,” Sameh said. “I did not expect in my life that our house would be bombed. The whole family is in great shock. In one instant we lost memories and all of our hard work in life.”

At least 10 children lived in the building. Now the family members are scattered among the homes of their relatives.

“What happened is the summary of our lives in Gaza,” Sameh said. “You could lose anything or anyone in the blink of an eye.”

The ceasefire was announced after Gaza’s armed groups launched a barrage of rockets towards Israel but, in a joint statement, the armed factions said they would stop firing rockets if Israel ceased its air raids.

“We affirm our response to the Egyptian mediation of the ceasefire and declare our commitment to calm if the Israeli occupation does as well,” the statement said.

Israeli Prime Minister Benjamin Netanyahu cut a visit to the United States short, where he was due to deliver a speech at the annual AIPAC conference in Washington, DC, vowing to “respond forcefully”.

Yair Levin, a minister from Netanyahu’s Likud party told Israeli news outlet Ynet: “It is clear there is no ceasefire. We are responding to every attack.”

So far, on Tuesday, both Israel and armed factions in the Gaza Strip have stopped firing.

Netanyahu’s rivals have accused him of being too soft on Hamas, and thus the recent wave of escalation, according to Gaza-based political analyst Mohsen Abu Ramadan, can be attributed to the upcoming Israeli elections on April 9, in which the prime minister is seeking re-election.

“[The air strikes] come within Netanyahu’s attempts to prove himself to his rival candidates,” Abu Ramadan said. “But to the Israeli public, he has not achieved that goal of delivering a blow to Gaza’s armed factions, so we can expect Netanyahu to resort to another wave of attacks.”

Another ‘surge in confrontation’ likely

Whether the Palestinian factions would stick to the ceasefire was unclear. Abu Ramadan said there was a “possibility” more rockets would be launched, given the timing of events.

On Saturday, Palestinians in Gaza will mark one year since the Great March of Return protests began. The weekly demonstrations, which kicked off in commemoration of Land Day, has witnessed Palestinians from all walks of life participating near the Israeli fence at five encampment points along the strip, demanding an end to Israel’s 12-year blockade.

In their protests, they also call for the right to return to their ancestral villages and towns, most a few kilometres away on the Israeli side, which their grandparents were ethnically cleansed from in the run-up to the establishment of the state Israel.

More than 250 Palestinians have been killed by Israeli forces during these protests, and tens of thousands have been wounded. Two Israeli soldiers were killed in the same time period.

Abu Ramadan said he expects another surge of confrontation between Gaza and Israel.

“There will likely be an escalation of the use of force by Israeli soldiers against the demonstrators,” he said of the upcoming protest where tens of thousands of people are expected to participate.

“This increases the prospects of armed factions firing rockets as a response.”

Al Jazeera has reached out to Hamas officials but received no response. 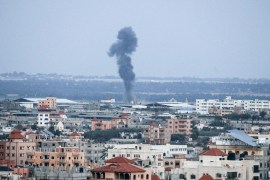 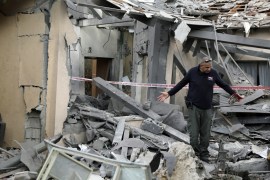