Maurice Kamto, Cameroon‘s main opposition leader, has walked free from prison nine months after his arrest for leading protests against an election result he had denounced as fraudulent.

A military court in the country’s capital, Yaounde, ordered the former presidential candidate’s release on Saturday at the behest of long-time President Paul Biya, who is under intense international pressure over a sweeping crackdown on opposition parties.

Kamto, the leader of the opposition Movement for the Rebirth of Cameroon, was greeted by hundreds of supporters as he was driven away surrounded by a dozen-strong escort of vehicles

“We note the release of our clients who should not have been in prison. Maurice Kamto is free,” said his lawyer, Sylvain Souop.

Earlier on Thursday, his supporters chanted “Freedom! Freedom! We are free!” as they waited for him outside the court building in the capital, Yaounde. More than 100 members of Kamto’s party were also ordered freed.

#Cameroon Freedom songs, 'Freedom! Freedom! We are Free !', being chanted by MRC supporters as they await the 104 detainees, including the leader Maurice Kamto, out of jail. pic.twitter.com/EFTxwKDcFu

The 65-year-old opposition leader had been put on trial in September, along with scores of others, on charges of insurrection, hostility to the motherland and rebellion – crimes which could carry the death penalty.

On Friday, 86-year-old Biya said he had ordered prosecutions to be dropped against “some” opposition members who had been “arrested and detained for acts committed in contesting the results of the recent presidential elections”.

“I have ordered the discontinuance of proceedings pending before Military Tribunals against some officials and militants of political parties in particular the (MRC),” he said in a tweet.

I have ordered the discontinuance of proceedings pending before Military Tribunals against some officials and militants of political parties in particular the Cameroon Renaissance Movement (CRM).#CmrDialogue#PaulBiya#Cameroon

The announcement came on the closing day of crunch talks aimed at easing a bloody crisis in the anglophone northwest and southwest regions.

Decades of resentment at perceived discrimination at the hands of Cameroon’s French-speaking majority boiled over two years ago into an armed campaign for independence.

The conflict has cost nearly 2,000 lives and forced half a million people to flee their homes.

The separatists have shunned the National Dialogue Conference, which began on Monday, presenting several conditions for their attendance, including the release of 10 leaders who had been sentenced to life in prison by a military tribunal in August.

On Thursday, Biya ordered the release of 333 separatist fighters arrested for misdemeanours, and delegates at conference adopted a resolution recommending “special status” for the English-speaking areas “aimed at strengthening the autonomy of administrative areas”.

Al Jazeera’s Ahmed Idris, reporting from Yaounde, said “regions will have more revenue to run their day-to-day activities, as well as execute projects” and residents will eventually be able to vote for their own officials directly, including governors who were previously appointed by the federal government.

While Biya’s government and the main opposition has welcomed the recommendations as a good first step, several separatist rebels have already indicated that they remain unimpressed.

Ebenezer Akwanga, a prominent leader, said the people of self-described Ambazonia – the country the separatists want to carve out of Cameroon – did not “need a special status”.

“We don’t want to be a part of Cameroon,” he said.

“Ambazonia is marching to freedom and nothing can stop us.” 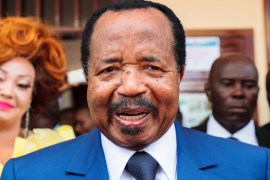 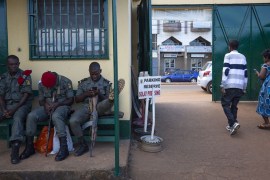