Islamabad, Pakistan – The head of the Committee to Protect Journalists’ (CPJ) Asia programme was denied entry into Pakistan and deported in what appears to be the latest move in an ongoing crackdown against media freedom and dissent.

A border security official at Lahore’s international airport told Steven Butler early on Friday that his journalist visa was valid but he was barred from entering Pakistan because his name was “on a stop list” of the Interior Ministry.

Butler told Al Jazeera the official at the airport did not know why his name was on the list but said he would have to be sent back.

“I was then led through exit procedures and boarded the same aircraft I had arrived on, as it returned to Doha,” said Butler.

“The officers did say they recognized that I had a valid visa. Some papers were prepared, but they were not given to me.”

He was due to speak at a human rights conference in Lahore over the weekend.

Conference organisers confirmed to Al Jazeera that Butler was deported and they were in contact with him after he left Pakistan. Organisers said they had not been contacted by government officials regarding the move.

“It would be speculative for me to say why I was stopped. In any case, local journalists bear the brunt of the crackdown. It’s certainly getting worse for them,” added Butler.

Pakistan’s interior ministry did not immediately respond to an Al Jazeera request for comment.

“Pakistani authorities’ move to block Steven Butler from entering the country is baffling and is a slap in the face to those concerned about press freedom in the country,” said Joel Simon, CPJ’s executive director.

“Pakistani authorities should give a full explanation of their decision to bar Butler from entering and correct this error. If the government is interested in demonstrating its commitment to a free press, it should conduct a swift and transparent investigation into this case.”

Pakistan ranked 142 in Reporters Without Borders’ (RSF) Press Freedom Index for 2019, down from 139 last year.

In August, Al Jazeera published an in-depth investigation into media censorship in the country, reporting on a sustained campaign of suppression and censorship across broadcast and print media in the country.

Journalists told Al Jazeera that the censorship campaign has targeted news organisations across the board, banning coverage of opposition politicians in particular, and dissent more generally, under the leadership of Prime Minister Imran Khan’s government and the country’s powerful military.

In an open letter to Khan in July, RSF secretary-general Christophe Deloire documented recent cases of censorship and termed government claims that the Pakistani press was free “an obscenity”.

“These brazen cases of censorship, which seriously threaten journalistic independence and pluralism, are characteristic of non-democratic regimes,” said Deloire in the letter.

CPJ frequently documents cases of censorship in Pakistan’s media, and released an in-depth report last year that accused the military of “restrict[ing] reporting by barring access, encouraging self-censorship through direct and indirect acts of intimidation, and even allegedly instigating violence against reporters”.

In July, CPJ awarded its 2019 Gwen Ifill Press Freedom Award to Zaffar Abbas, a prominent Pakistani journalist and editor of Dawn, the country’s most respected English-language newspaper, for resisting attempts at censorship.

Butler was due to attend the second annual Asma Jehangir Conference, an event aimed at discussing human rights in the South Asian country and named after one of the country’s most prominent rights lawyers who passed away last year. 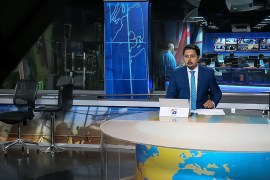 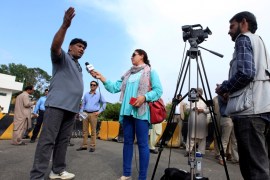