Military operations against the Islamic State of Iraq and the Levant (ISIL, also known as ISIS) group in Syria are wrapping up and the last pocket of the group’s “caliphate” will be flushed out within a month, a top rebel commander has said.

“The operation of our forces against ISIL in its last pocket has reached its end and ISIL fighters are now surrounded in one area,” Mazloum Kobani, the chief of the Kurdish-led Syrian Democratic Forces (SDF), told the AFP news agency on Friday.

With the backing of the United States-led coalition, the SDF are in the last phase of the operation that started on September 10 to defeat the ISIL in the Euphrates Valley in eastern Syria.

“We need a month to eliminate ISIL remnants still in the area,” said Kobani, who spoke to AFP on Thursday near the northeastern Syrian city of Hasaka.

A few hundred ISIL fighters are defending a handful of hamlets near the Iraqi border, the last rump of a “caliphate” which the organisation proclaimed in 2014 and once covered territory the size of Britain.

“I believe that during the next month we will officially announce the end of the military presence on the ground of the so-called caliphate,” Kobani said.

Intense fighting in the area known as “the Hajin pocket” has left hundreds of fighters dead on both sides, according to the UK-based war monitor Syrian Observatory for Human Rights.

ISIL lost the town of Hajin late last year and the subsequent collapse of its defences saw the Kurdish-led SDF conquer one village after another.

Kobani said the battle had been complicated by the armed group’s shifting strategy after the fall of its de facto Syrian capital of Raqqa in 2017.

“We expect there will be an increase in the intensity of ISIL operations against our forces after the end of their military presence,” Kobani said.

ISIL has retained a presence in Syria’s vast Badia desert and has claimed a series of attacks in the SDF-held territory. 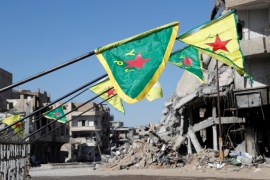 The US-backed group that captured Raqqa from ISIL competes with Syrian government forces for control of oil fields. 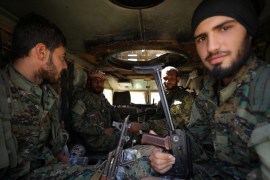 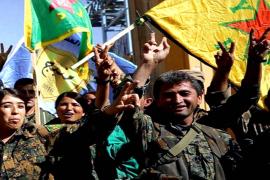 The SDF announce capture of Raqqa city after a four-month operation to drive out ISIL fighters.