A cross-party group of British parliamentarians and international lawyers has asked to visit detained female activists in Saudi Arabia to investigate allegations that they are being tortured and denied legal representation and family visits.

In a letter to the Saudi ambassador to the United Kingdom, MP Crispin Blunt, the head of the group’s detention review panel, asked Prince Mohammed bin Nawwaf bin Abdulaziz to assist them in arranging a visit to Dhahban prison near Jeddah to speak to the activists held there.

“We hope to be able to gather direct testimony from the detainees during our visit in Saudi Arabia,” Blunt wrote on Wednesday, adding the group wanted to also “meet and interview officials responsible for and tasked” with the activists’ detention.

Several international human rights groups, including Amnesty International and Human Rights Watch, have alleged that eight female activists who had campaigned for the right for women to drive have been tortured with electric shocks and whipped with an “egal”, a rope that keeps a male headscarf in place.

The groups’ reports have also alleged that the women were subjected to sexual harassment, threatened with rape and prevented from accessing lawyers.

“The allegations made and recorded by these human rights advocates are extremely damaging to the credibility of the progressive reforms announced recently by the Saudi Arabian government,” the letter said.

Riyadh has rejected the accusations.

“The government of the Kingdom of Saudi Arabia categorically and strongly denies the allegations made by them. The wild claims made, quoting anonymous ‘testimonies’ or ‘informed sources’, are simply wrong,” the Ministry of Media said in a statement in November.

The letter comes as the Saudi government still grapples with the international fallout of the case of Jamal Khashoggi, a Saudi journalist and critic of the country’s leadership who was brutally murdered in the kingdom’s consulate in the Turkish city of Istanbul on October 2.

“It would seem that the people who are responsible for the Khashoggi operation were also responsible for the detention of these Saudi Arabia women’s rights activists at exactly the same time that Saudi Arabian women were getting the right to drive and major steps forward in their own personal freedom, with freedom from the so-called guardian laws, in a way that was a huge step internationally and rightly paraded as such.”

Women in Saudi Arabia were finally allowed to drive in June 2018.

The detention review panel said it also wants to collect testimonies from male supporters of the women activists, including Ibrahim al-Modaimegh, Abdulaziz Meshaal and Mohammed Rabea.

Their letter went on to say that following the panel’s review, they would be able to support Saudi Arabia in “regaining confidence from the international community that its commitment to progressive reform and the protection of the rights of peaceful pro-reform activists is both credible and sincere”.

The group requested the Saudi ambassador to respond by January 9 “in light of the urgency of this matter”. 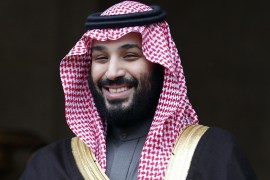 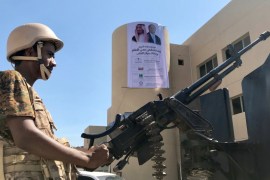 Riyadh offered child survivors from Sudan’s bloody Darfur conflict as much as $10,000 to fight in Yemen, says the NYT.