Israel’s former deputy foreign minister has said the Hamas movement is solely to blame for the recent bloodshed in the besieged Gaza Strip, claiming that Palestinians represent a “culture of terror” while absolving Israeli forces for the killings of more than 130 protesters, journalists and medics at the border.

Danny Ayalon told Al Jazeera’s Mehdi Hasan that the killings by Israeli snipers of unarmed Palestinians, including paramedic Razan al-Najjar and journalist Yasser Murtaja, were unfortunate but justified because “they came with harm intention”.

“They [Hamas] are sending them to die. It’s a culture of death,” he said in an interview with Head to Head television programme to be aired on Al Jazeera at 20:00 GMT on Friday.

Since March, protesters in Gaza have been gathering near the fence with Israel, calling for their right to return to the homes from which they or their families were expelled from in 1948. More than 13,000 have also been reported wounded by Israeli fire.

According to the World Health Organization, hundreds of health personnel and dozens of ambulances have been targeted by Israeli forces since the start of the Great March of Return movement.

Challenged by Hasan on why Israeli snipers were killing unarmed protesters, paramedics and journalists, Ayalon, who is also the former Israeli ambassador to the US, said: “anyone who goes into a war zone knows exactly what he’s doing.”

In the case of al-Najjar, Ayalon claimed the deceased paramedic was carrying an “incendiary bomb”, but offered no proof for his allegations.

Asked why Israel does not take any responsibility for the killings of Palestinian civilians, Ayalon said: “I’m not saying that there are no accidents, which are deplorable, but the responsibility squarely lies with Hamas.”

He also said the Israeli army did not commit any wrongdoing because “it’s not a human rights situation. It’s an area in conflict. It’s an armed conflict.”

In comments that shocked the audience watching his interview, Ayalon later described Palestinians more generally as having a “culture of terror”.

“If you send your kids to schools where they are taught to kill Jews, when you have summer schools with Palestinian kids go with straps, you know like make-believe suicide bombs, this is a culture of terror,” he said.

In the same programme, Diana Buttu, an Israeli-Palestinian, said that Israel is now an “apartheid state” founded on the principle of “Jewish privilege”.

When she replied, “Yes, actually I have,” he said: “You can check the bruises, she is all bruised up, right?”

Ayalon, Israel’s former ambassador to the US, also defended Prime Minister Benjamin Netanyahu’s opposition to the Iran nuclear deal, which was recently abandoned by US President Donald Trump.

“If you look for the last two and half years since the deal was signed in Vienna, you see the aggression of Iran not only has multiplied by 10 times. Iran, since signing the deal, has become much more aggressive,” he said.

Israeli-British historian Avi Shlaim, another guest in the programme, challenged Ayalon’s argument, saying that in the past 40 years, Israel has been conducting a “systematic campaign of disinformation about Iran”.

Shlaim said that while Iran may be a strategic threat, Israel “poses an existential threat to Iran”. 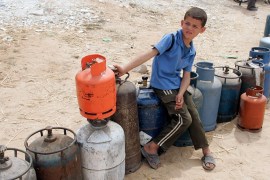 Israel further tightens its blockade on the strip while rights group denounces measure as ‘morally depraved’. 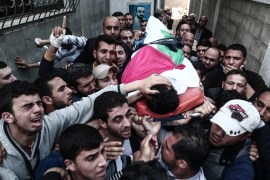 Yaser Murtaja, and his dreams of travelling

Described as a man with an infectious smile, the slain reporter dedicated his life to telling stories of Gaza residents. 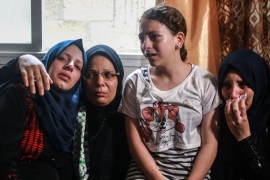 An Israeli air strike killed Luay Kaheel, 16 and Amir al-Nimra, 15, while they were playing on a rooftop of a building.