Philippine President Rodrigo Duterte has threatened to arrest the International Criminal Court (ICC) prosecutor if she comes to Manila to investigate his deadly war on drugs.

In a press conference on Friday, Duterte said international prosecutors “will never have jurisdiction” over him “in a million years”, because the Philippines “was never a member of the ICC”.

“You do not have jurisdiction even to conduct a preliminary investigation,” he said, addressing ICC prosecutor Fatou Bensouda, who is taking initial steps to investigate the president for possible crimes against humanity for the alleged extrajudicial killings involving police.

“So, you Ms Fatou, don’t come here, because I will bar you. You cannot exercise any proceedings here without basis. That is illegal and I will arrest you,” Duterte said.

He also said the Philippines’ membership in the international body was “flawed”, thus negating its validity in the country.

In March, Duterte announced that the Philippines was withdrawing from The Hague-based court “effective immediately”.

The Philippines is a signatory to the Rome Statute, a multilateral treaty that created the international court. According to the treaty, withdrawal from the court is only effective a year after a country gives notice of its decision to the UN secretary-general.

A signatory country also can “not be discharged” of any cases already pending in the court before the withdrawal.

According to police reports, 3,967 “drug personalities” were killed for “resisting arrest” during police operations between July 1, 2016, and November 27, 2017.

But an opposition senator said the death toll in the drug war had surpassed 20,000, since Duterte came to office on June 30, 2016.

On Tuesday, the Philippine Supreme Court said the inclusion of the more than 20,000 deaths in a 2017 government report “may lead to the inference that these are state-sponsored killings”.

The court also ordered the government to turn over all the documents related to the deadly two-year-old anti-drug war. 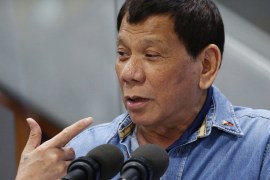 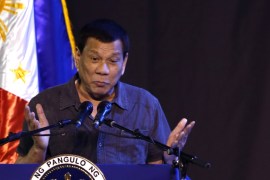 The law ‘will add more teeth to their mandate.’ 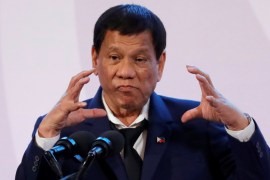