Yet after she rose to power in Myanmar decades later, Aung San Suu Kyi has drawn international condemnation for her response to the military’s brutal use of force against the Muslim Rohingya minority.

Oxford City Council has removed the Freedom of the City of Oxford from Aung San Suu Kyi.

The cross-party motion was unanimously supported at a special council meeting moments ago. pic.twitter.com/GXYiJIdxGI 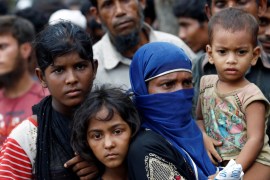