Who has Mohammed bin Salman has met so far?

According to officials at the Elysee Palace, Macron conveyed on Friday a “very firm” message to the Saudi prince over the killing of Washington Post columnist Jamal Khashoggi in October, as well as the ongoing war in Yemen.

Macron said that Europe would insist on international experts being part of the investigation into the murder of Khashoggi, Reuters news agency reported.

A cryptic exchange between the pair on Friday was caught on video and shared by the English-language Saudi Gazette.

In the video, Prince Mohammed, also known as MBS, can be heard telling the French leader not to worry, to which he replies: “I am worried”.

Macron then tells MBS: “You never listen to me”, to which the prince responds “I will listen, of course.”

The context of the exchange is not clear, but Western leaders, including Macron and British Prime Minister Theresa May, have vowed to confront the Saudi prince over the killing of Khashoggi, who disappeared at the Saudi consulate in Istanbul on October 2.

Several states, including the US and Canada, have already issued sanctions against the Saudi agents involved in the killing but strong suspicions remain over the Saudi crown prince’s role in the death.

France also imposed sanctions, including travel bans, on 18 Saudi citizens linked to the murder. French officials also said more sanctions could follow depending on the results of an investigation.

Saudi Arabia dismisses any suggestion that MBS had knowledge of the operation to kill Khashoggi, but Turkey has consistently hinted at high-level Saudi involvement, stopping short of accusing any senior Saudi royal.

The killing of Khashoggi drew outrage across Western states and governments traditionally allied to Saudi Arabia have found themselves having to balance calls to punish the kingdom with the risk of souring ties and potentially jeopardising commercial and military contracts.

No leader has been as clear in spelling out those risks, as US President Donald Trump, who warned the US risked losing billions if it took punitive measures against Riyadh. 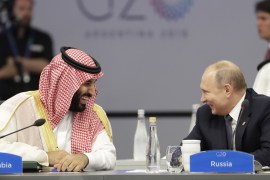 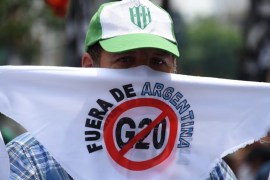 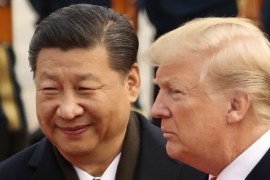 Trump’s trade war with China: How we got here, what happens next

Presidents Trump and Xi to meet on Saturday in what could be the last chance to avert a broad-based economic clash.