Indonesia’s search-and-rescue agency said on Monday there are likely no survivors from the Lion Air passenger flight that crashed into the sea north of Java Island.

Rescue officials told Al Jazeera there were 189 people on board the aircraft.

“We need to find the main wreckage,” Bambang Suryo, operational director of the agency, told reporters.

“I predict there are no survivors, based on body parts found so far,” Suryo said.

The plane – which was travelling from Jakarta to the island of Sumatra – lost contact at 6:30am (23:30 GMT) – 13 minutes after takeoff, according to the official.

The Boeing 737 MAX 8 airliner was flying from the capital to the city of Pangkal Pinang at 1,113 metres above sea level when it lost contact with air traffic controllers.

Pilots requested to return to base shortly before losing contact, said Yohanes Sirait, a spokesman for the country’s air navigation authorities.

“The [traffic] control allowed that but then, it lost contact,” Sirait said.

Wreckage was found near where the aircraft lost contact, said Muhammad Syaugi, head of the search-and-rescue agency.

President Joko Widodo said he has ordered the National Commission for Transportation Safety to investigate the crash. Rescuers are making their best efforts to find victims and urged Indonesians “to keep on praying”, he said.

Meanwhile, an Indian embassy official in Jakarta said one of the pilots was Indian citizen Bhavye Suneja. The official said there were no Indian passengers on board the flight.

The crash was the worst airline disaster in Indonesia since an AirAsia flight plunged into the sea in December 2014, killing all 162 on board.

Divers were deployed at the scene of the wreckage, marked by lifejackets and mobile phones floating in the sea.

The National Search and Rescue Agency said the flight ended in waters off West Java that are 30 to 35 metres deep.

An official from Indonesia’s safety transport committee said he could not confirm the cause of the crash.

“We will collect all data from the control tower,” said Soerjanto Tjahjono. “The plane is so modern, it transmits data from the plane and that we will review, too. But the most important is the black box.”

The Flightradar website showed the plane looping south on takeoff and then heading north before the flight path ended abruptly over the Java Sea, not far from the coast.

Flightradar said the aircraft climbed to about 1,520 metres before losing then regaining height, before finally falling towards the sea. It was last recorded at 1,113 metres and its speed had risen to 345 knots.

The Boeing plane was delivered to Lion Air in August, according to air accident investigators. It had completed 800 flight hours.

The accident is the first to be reported that involves the widely sold Boeing 737 MAX – an updated, more fuel-efficient version of the manufacturer’s workhorse single-aisle jet. The first Boeing 737 MAX jets were introduced into service in 2017.

Boeing is aware of the crash reports and is “closely monitoring” the situation, the company said on Twitter.

Under international rules, the US National Transporation Safety Board will automatically assist with the inquiry into Monday’s crash, backed by technical advisers from Boeing and US-French engine maker CFM International.

Lion Air is one of Indonesia’s youngest and biggest airlines, flying to dozens of domestic and international destinations.

Indonesia relies heavily on air transport to connect its thousands of islands, but has a poor aviation safety record and has suffered several fatal crashes in recent years.

A 12-year-old boy was the sole survivor of a plane crash that killed eight people in mountainous eastern Indonesia in August.

Lion Air, a low-cost airline, has been involved in a number of incidents.

Last year, one of its Boeing jets collided with a Wings Air plane as it landed at Kualanamu airport on the island of Sumatra; no one was injured.

In May 2016, two Lion Air planes collided at Jakarta’s Soekarno-Hatta airport, while a month earlier a plane operated by Batik Air – part of the Lion Group – clipped a TransNusa plane.

In 2013, a Lion Air jet with a rookie pilot at the controls undershot the runway and crashed into the sea in Bali, splitting the plane in two. Several people were injured in the crash, although no one was killed. 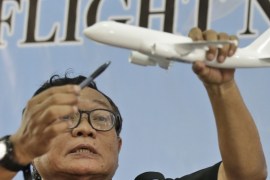 Report reveals reasons behind crash of the Airbus A320 into the Java Sea last year that killed all 162 on board. 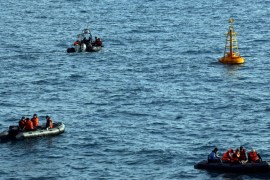