The United Nations urged Togo to respond to people’s “legitimate expectations” as police clashed with protesters demanding an end to the 50-year ruling family dynasty for a third day on Friday.

Thousands of people have taken to the streets since Wednesday to demand that President Faure Gnassingbe step aside in the biggest challenge to his family’s power since the death of his father in 2005.

Mohamed Ibn Chambas, the UN Special Envoy for West Africa and the Sahel, called on all parties “to preserve peace and security, which are valuable assets in West Africa”.

Chambas, who met Gnassingbe on Thursday, has delayed his departure and is staying in Togo for further discussions, his spokesman said.

“I remain convinced that all parties want to move forward on the reforms … in order to reach a consensus to respond to the legitimate expectations of the Togolese people,” Chambas said in a statement.

Police used tear gas to disperse protesters who were burning tyres in the opposition stronghold of Be in the capital, Lome, on Friday, Reuters news agency said.

But the unrest was less widespread than in previous days and in other areas of the seaside capital, including the centre, traffic had resumed and shops were reopening amid a heavy police and paramilitary presence.

Residents said text messages and phone calls were still restricted on Friday. The internet has also suffered outages, according to watchdog Internet Without Borders.

The president’s father Gnassingbe Eyadema seized power in a coup in 1967 and ruled for 38 years before his death.

In response to protests, he introduced a 1992 constitution that brought in multiparty democracy and limited presidential terms to two.

Ten years later, legislators scrapped the term limit so Eyadema could run for another term.

However, ever since Gambian long-time leader Yahya Jammeh was forced out after losing an election last December, West African countries have become unanimous in accepting two terms as the limit on presidential office – the only exception being Togo.

The current president, who has encouraged investment to try to turn his tiny nation into a business, banking and shipping hub modelled on Singapore or Dubai, this week sought to appease opponents by tabling a draft bill to reform the Constitution and reintroduce a two-term limit.

But opposition leaders reject it because it could still enable Gnassingbe to rule until 2030.

The protests that followed Faure Gnassingbe’s first election victory in 2005 triggered a violent security crackdown in which about 500 people were killed, but this week security forces appear to have avoided bloodshed so far. 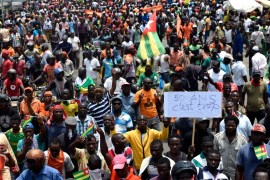 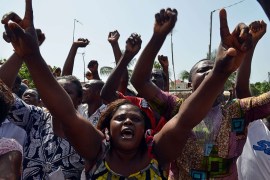 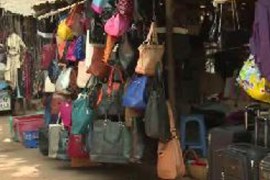 Unwanted second-hand items given a new life in Togo

The Togolese port of Lome has become a West African hub for trading second-hand goods from Europe and the US.