Modi dedicated the Sardar Sarovar Dam to the people of India on Sunday.

The project was an “engineering miracle” and a “symbol of India’s new and emerging power”, he said.

The controversial project on the Narmada River, in the country’s western state of Gujarat, will provide power and water to three big states – Madhya Pradesh, Maharashtra, and Gujarat.

The dam is the second-biggest dam in the world.

The project has been beset by controversy since the laying of the foundation stone by then-Prime Minister Jawaharlal Nehru in 1961.

Before the inauguration, Modi said in a tweet, “This project will benefit lakhs of farmers and help fulfil people’s aspirations.”

The dam is expected to provide water to 9,000 villages and the power generated will be shared among the three states.

Patkar, who staged several hunger-strikes against the protest, told Caravan magazine the Indian government is yet to resettle a majority of the people displaced by the dam project, a claim denied by authorities.

Modi’s “birthday celebration [is] sounding the death knell for thousands in the Narmada Valley”, she wrote on Facebook on Friday.

On Saturday, Patkar and her supporters staged a protest against the inauguration of the dam and the opening of its gates, which will raise the level of water and risk displacing several villages.

“Today is a very sad day for India, and for one of our biggest peoples’ movements and struggle – the Narmada Bacchao Andolan,” Ravi Chellam, executive director at Greenpeace India, said in a statement.

“The Sardar Sarovar Project … signals ruin not development for tens of thousands of unsuspecting, hapless and poor farmers,” Chellam added.

Other activists also questioned the benefits of the project.

HBD to @narendramodi ! While launching Sardar Sarovar on bday, what of displaced families? Will they get relief? Or tribals always lose out?

As PM celebrates his B'day with Sardar Sarovar dam, see if it's a lifeline or curse: 50yrs,1LCrs, 40K displaced.Irrigates only 10% of claim!

The construction of the project began in 1987 and was suspended in 1996 following a ruling by the Supreme Court. It allowed work to resume four years later, but with conditions. 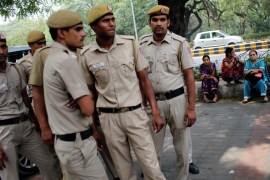 Protests in India after schoolboy’s murder in Gurugram

Seven-year-old found inside school toilet with his throat slit after bus conductor allegedly sexually assaulted him. 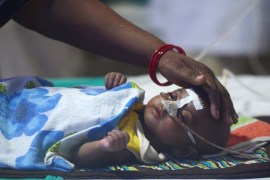