Iceland‘s prime minister has called for a snap parliamentary election after one party in the ruling coalition quit the government formed less than nine months ago over a “breach a trust”.

Prime Minister Bjarni Benediktsson said on Friday that he preferred the election to be held in November, just over a year after the last snap vote was held in the country.

“It came as a considerable disappointment that we seem to be in the same place as after the general elections in 2016,” Benediktsson told a news conference in the capital, Reykjavik.

“We have lost the majority and I don’t see anything that indicates we can regain that,” he added. “I am calling an election.”

The government collapsed on Friday after Bright Future left the three-party, centre-right coalition, stripping it of its one-seat parliamentary majority.

The outgoing party accused Benediktsson of failing to inform the government that his father had signed a letter to help a convicted paedophile have his criminal record expunged after serving five and a half years in prison.

The prime minister’s father, an entrepreneur named Benedikt Sveinsson, confirmed on Friday that he had signed a letter supporting his friend’s application to have his “honour restored”, a procedure that effectively erases a criminal record.

Sveinsson said he had not discussed the letter with anyone.

“I was shocked to hear that,” the 47-year-old Benediktsson said. “I could never sign such a letter and I would never defend such a deed.”

Bright Future said earlier Friday that its executive committee “decided to terminate the cooperation with the government” because of a “serious breach of trust”.

It is ultimately up to President Gudni Johannesson, whom Benediktsson will meet on Saturday, to make the decision on a new election.

Benediktsson, whose name appeared in the Panama Papers scandal that revealed offshore tax havens, had delayed the release of a report on tax evasion during the legislative campaign.

The outgoing government would be the shortest living in Iceland’s history.

Individuals, firms and pension funds will be free to take money out of Iceland from Tuesday onwards. 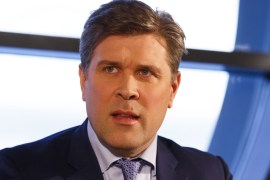 Turning CO2 into stone in Iceland

One geothermal power plant in Iceland is taking its green credentials to new levels. 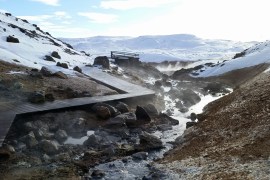