With 95 percent of the votes counted on Monday, Solberg’s Conservatives, along with their anti-immigration junior coalition partner, the Progress Party, and two other centre-right allies, were projected to win 89 seats in the 169-seat parliament, according a forecast by Norway’s Election Directorate.

The opposition, headed by Labour leader Jonas Gahr Store, was set to win the remaining 80 seats.

Solberg claimed victory after the latest projection, saying voters had given her a “mandate for four more years”.

“We have to be a little cautious, but it looks as though we will have a non-socialist majority,” she told a rally of supporters.

The election had been labelled the “biggest election thriller in many decades” by national media.

“This is a big disappointment for Labour,” he told supporters after results showed his party would lose six seats

Before the election, opinion polls indicated a close race, with an aggregate suggesting just one seat may separate the parties.

“Our goal was to give Norway a new government. We knew it was going to be close, and it was close. But as it looks now it wasn’t enough to replace a Conservative-Progress Party government with a Labour government,” he said.

The election outcome hinged in great part on whether Solberg’s small centre-right allies, the Liberals and Christian Democrats, would manage to break a key threshold in the vote.

Taking more than four percent of ballots translates into extra seats in parliament. Both parties long hovered around that mark, but were seen surpassing it.

The results confirmed opinion polls which had predicted an extraordinarily close race in “the world’s happiest country”.

Solberg’s re-election marks the first time in more than 30 years a Conservative prime minister has won a second straight term.

In power since 2013, Solberg had campaigned on a pledge of continuity.

Over the past four years, the right has focused on kickstarting the economy and laying the groundwork for the post-oil era by reducing taxes. But the opposition and many economists have criticised the government for dipping too generously into the country’s huge sovereign wealth fund, worth almost $1 trillion.

Meanwhile, Store had vowed to raise taxes for the richest in a bid to bolster Norwegians’ cherished welfare state and reduce inequalities in society.

READ MORE: Norway to ban face veils in all schools

“We need a change now because we are growing apart from each other,” the 57-year-old Labour leader said after casting his ballot on Sunday, an option offered in many municipalities.

Norway is known for its high living standards, education and as a comprehensive welfare state – qualities that helped it to be named the happiest country in the world in a respected UN study in March.

The Conservatives and Labour agree on many issues: continued oil activities in the Arctic, a restricted immigration policy, and close ties with the EU, of which Norway is not a member.

Yet Labour has criticised Solberg for her difficulty in taming her occasionally provocative junior coalition partner, the Progress Party.

The new government will meanwhile have its work cut out for it.

While the two small centre-right allies agreed to return Solberg to power, they have expressed growing dissatisfaction with the mildly populist Progress Party on issues such as the climate and immigration.

“We can’t provide any guarantee for the next four years,” the head of the Christian Democrats, Knut Arild Hareide, told a party leader debate held after Solberg claimed victory.

Solberg said she had invited the four right-wing parties to “talks about how to pursue this cooperation”.

“I’m sure that we will find good solutions for the four parties during the next four years,” she said.

Meanwhile, the independent Greens Party, which opinion polls had suggested could possibly become a kingmaker, scored under the four percent threshold, no doubt eliciting a sigh of relief from the oil industry.

The party had called for a halt to all new oil exploration and the end of oil production within 15 years. 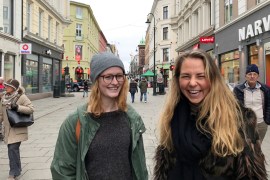