Priests and teachers physically or sexually abused more than 500 boys at a Catholic choir school in Germany between 1945 and 1992, according to a report.

Allegations in Tuesday’s report involving the Domspatzen choir at the Regensburg Cathedral Sparrows school were among a spate of revelations of abuse by Roman Catholic clergy in Germany that emerged in 2010.

Many of the 547 victims remembered their time at the school as “the worst time of their lives, marked by fear, violence and helplessness”, said lawyer Ulrich Weber, who was commissioned two years ago by the diocese to probe the cases.

The victims said the school was “prison, hell and a concentration camp”, he added.

READ MORE: Sexual abuse and the Catholic Church in the Philippines

The report counted 500 cases of physical violence and 67 of sexual violence, committed by a total of 49 perpetrators.

Former choirmaster Georg Ratzinger, 93, the elder brother of former Pope Benedict XVI, was among those criticised.

Alexander Probst, a victim, said many were abused more than once.

“This was an ongoing practice over decades where 547 children were tormented, abused, mistreated and socially harmed,” he said.

“They are severely traumatised to this very day. This upsets me. I thought I had gotten over it after a seven-year battle but, in fact, this greatly upset me today.”

Weber also criticised 69-year-old Cardinal Gerhard Mueller, the former bishop of Regensburg, for dragging his feet in clearing the scandal.

The Vatican announced on July 1 that Mueller had been replaced as the church’s chief of doctrine by Pope Francis.

The pair had clashed over key reform issues and the Church’s handling of the worldwide clerical sex abuse scandals.

The investigator also pointed to a “culture of silence” that aimed to protect the reputation of the choir of boys and young men that has made many recordings and performed around the world.

The diocese apologised in a statement and said that “we all made mistakes and we have learnt a lot”.

Weber agreed that the diocese had improved on organisational weaknesses and that there was a “heightened awareness” about past abuses.

The abuse scandal is one of several to have rocked the Catholic Church in recent years, notably in Ireland where one priest admitted sexually abusing more than 100 children.

Several German institutions have also been engulfed by the scandal, including an elite Jesuit school in Berlin which admitted to systematic sexual abuse of pupils by two priests in the 1970s and 1980s.

The document presented Tuesday was Weber’s final report on abuses between 1945 and the early 1990s at the famed cathedral choir with a thousand-year history. 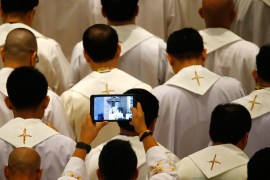 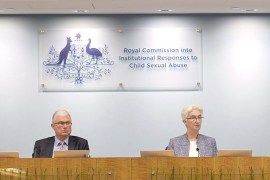